The Lady Indians got back on track Tuesday night with a win over Pleasanton. Ashton Wood led the team with 16 points, followed by Keyahnah Burk (pictured) with 8.

The Lady Indians cruised to a blowout win over the Lady Blu-Jays, with the route starting in the first quarter. St. Paul looked energetic, ready to get back on the right track and it showed on the scoreboard, taking a 14-4 lead by the end of the first.

At halftime, the Lady Indians had extended their lead to nearly 20 points. If their shots weren’t falling they were getting offensive and defensive rebounds, extending possessions. St. Paul’s reserves saw some playing time throughout the second half, and the Lady Indians were able to outscore Pleasanton 13-5 in the third quarter before cruising in the fourth to a 53-23 victory. Consistency was an issue Monday night at Colgan, but St. Paul seemed to fix that problem against Pleasanton, as they scored 12-14 points in every quarter and held the Lady Blu-Jays to under seven points in all four. Ashton Wood paced the Lady Indians with 16 points, and Keyahnah Burk added eight. Holly Hutcherson added in seven. With the win, St. Paul improved to 11-2 on the season.

Boys put one in the win column
In the boys game, the Indians used a big second half to take down Pleasanton. The first quarter ended in a 14-14 tied, and St. Paul used six points from Jace McCracken, along with treys from Brenden Doherty and Chandler Struthers to keep the game tight. Doherty nailed two more long balls in the second quarter, but the visitors would outscore the Indians 16-14 to take a 30-28 lead into halftime. 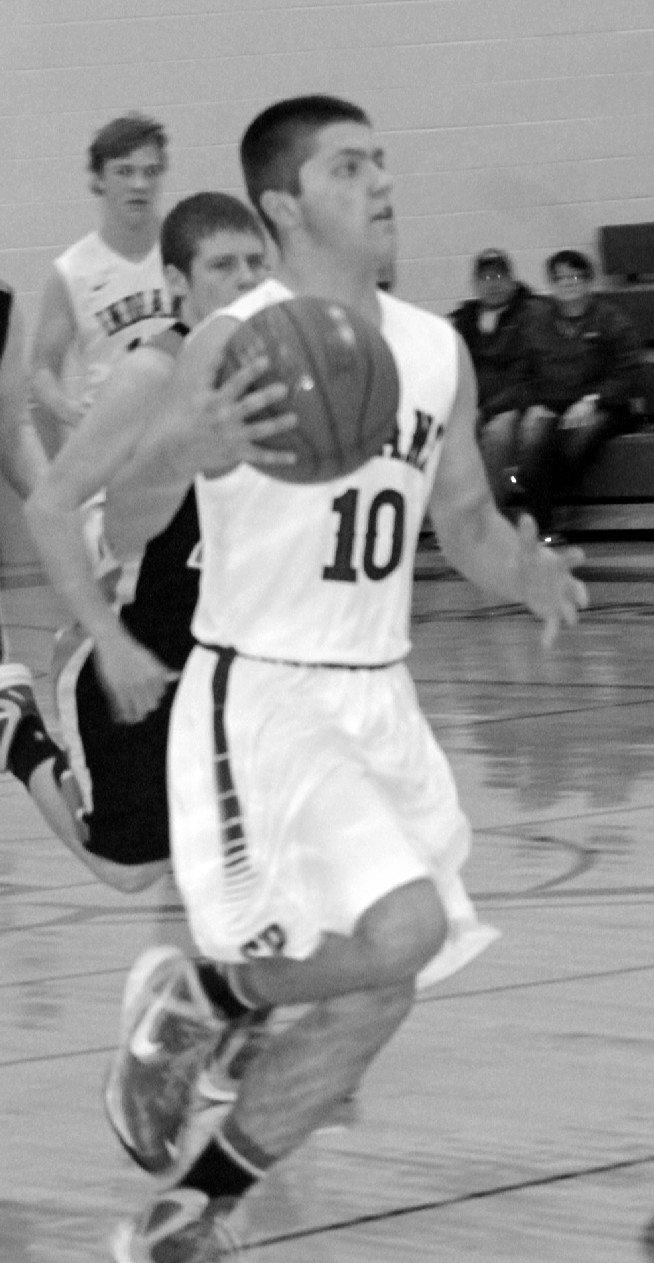 The St. Paul Indians got their second win of the season Tuesday night vs. Pleasanton. Noah Winter (pictured).
PHOTO BY BRYANNA WHITE

The third quarter was all St. Paul, they outscored the Blu-Jays 19-12 to take a five-point lead into the fourth quarter. The Indians wavered a bit in the fourth, going just 7 of 14 from the free throw line as they tried closing out the game. Despite their struggles from the charity stripe in the final quarter, St. Paul escaped with a 60-53 victory for their second win of the season.

Both teams will host Oswego on Friday for another night of TRL play.

Brenden Doherty and Jace McCracken (pictured) led the Indians in their win over Pleasanton with 17 and 12 points respectively.

Brendan Doherty and Jace McCracken (pictured) led the Indians in their win over Pleasanton with 17 and 12 points respectively.