In Monday night’s girls only matchup at Colgan, St. Paul struggled to find their rhythm and came up short against the Lady Panthers. The Lady Indians just didn’t seem to have that fire or intensity that built them a 9-0 record just three games ago.

After a layup and-one to start the game, followed by another layup, Colgan jumped out to an early 5-0 lead in the first. St. Paul then went on a 6-0 run of their own, grabbing the lead midway through the first. It was short lived. The Lady Panthers would end the quarter on a 6-0 run, taking an 11-6 advantage after one.

In the second quarter, St. Paul cut the lead to five before the Lady Panthers stretched it to ten points. The Lady Indians scored six straight to cut the lead to just four late in the half, but Colgan would hit a three to extend their lead to seven points going into the break.

Ashton Wood, Josie Albertini, and Katelin O’Brien each had four points to lead St. Paul in the first half. After two-point baskets from Raquel Rice and Holly Hutcherson, things seemed to be picking up and St. Paul quickly found themselves down by just five points. Colgan recovered, going on a 7-0 run to take a 12-point lead. The Lady Panthers were able to build their lead to 13 points towards the end of the third quarter, their largest of the game. 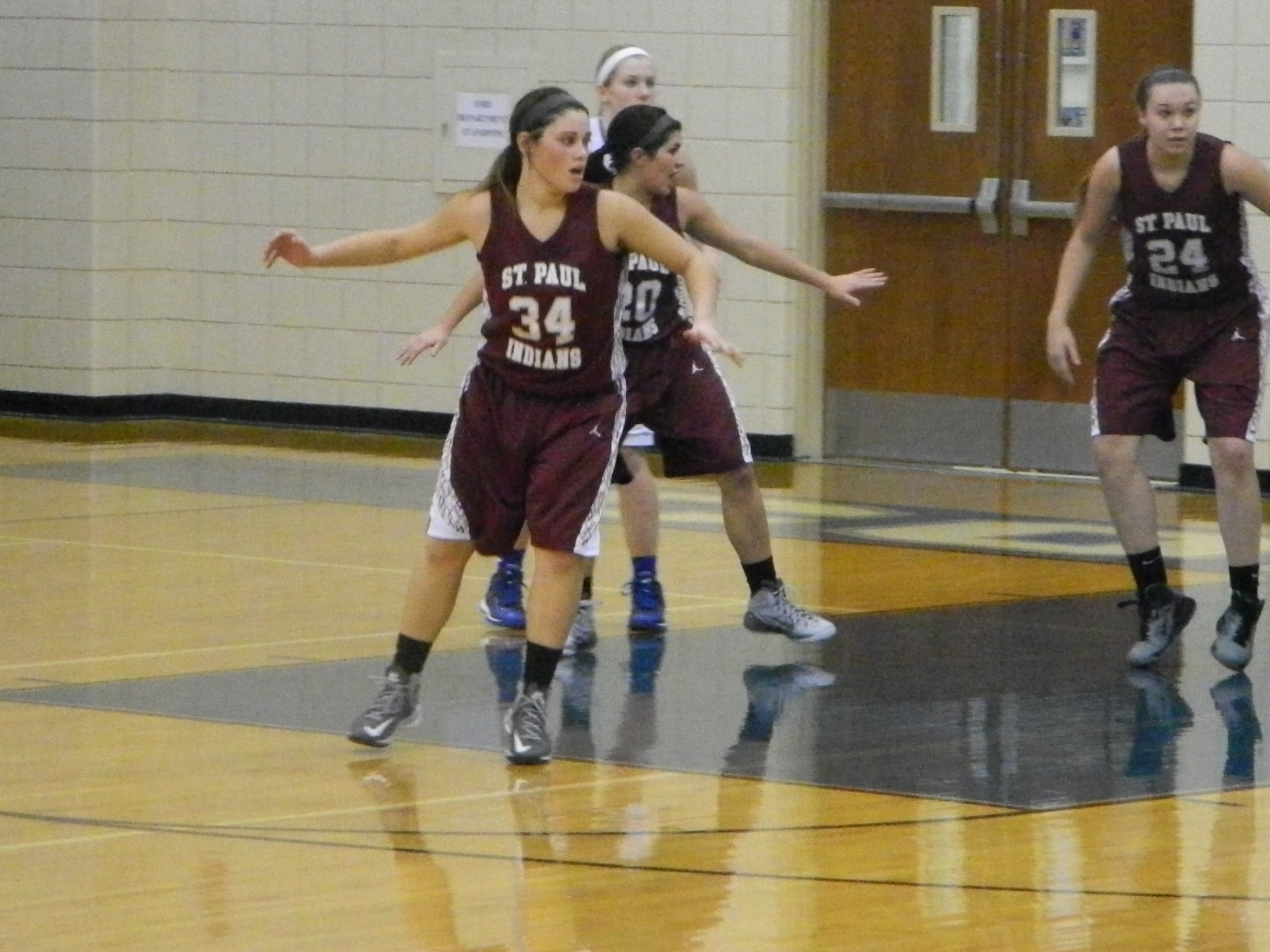 #34 Raquel Rice (pictured) had nine points in the Lady Indians loss to Colgan Monday night. St. Paul is 10-2 on the season.

Heading into the fourth, the Lady Indians were down 35-24. St. Paul appeared to finally find a bit of a rhythm in the fourth quarter, as they scored 15 points, but when they needed defensive stops the most, the Lady Panthers picked up easy baskets and hit their free throws to keep the game out of reach. A layup from Raquel Rice with 57 seconds left in the game brought the Lady Indians within five points yet again. Colgan then rattled off five in a row, extending the lead back to 10 before St. Paul scored twice late, ending the game at 45-39.

The Lady Indians have now lost two of their last three games. In those games they’ve  had trouble rebounding and playing with a high level of intensity all four quarters. That will need to change if St. Paul wants to take the TRL title again, and have any chance at making the season special.

They will have to have a short memory, however, as the 10-2 Lady Indians host Pleasanton in a league contest Tuesday night.