Girard hosted Frontenac Tuesday night for a pair of CNC contests, and the varsity games did not disappoint. 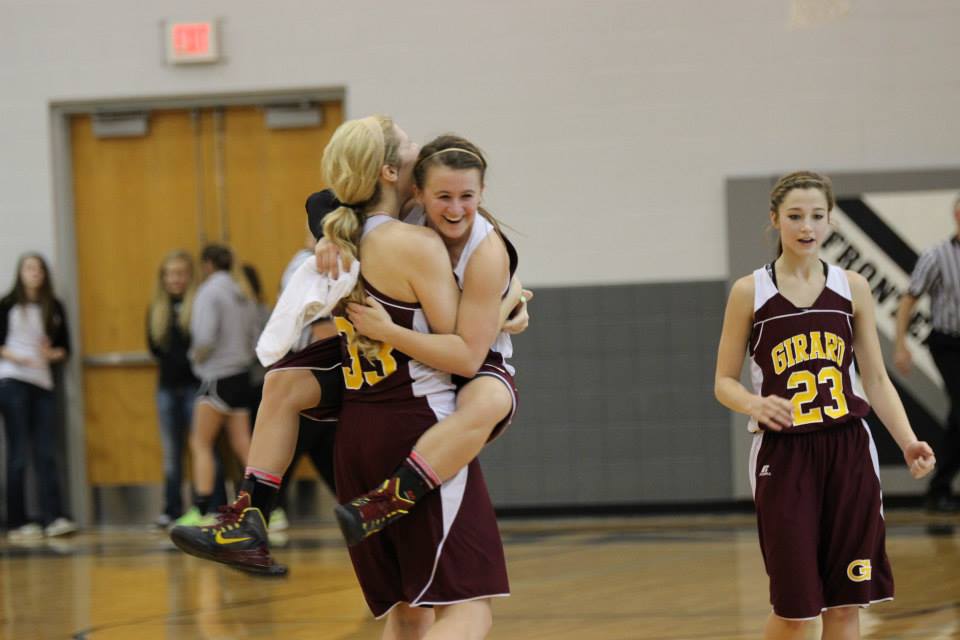 The Lady Trojans finished on top of what Coach Brad Herlocker called a game of runs. Girard made their first run with a 7-0 start to the game, but Frontenac’s pressure proved to be troublesome for Girard, and the Lady Raiders led 20-13 after one.

Girard outscored the Lady Raiders 12-11 in the third quarter to cut the lead down to six points heading into the fourth. “We missed a lot of two-footers in the first three quarters that I thought might come back to haunt us,” said Herlocker. “Then they started pulling away in the fourth.” 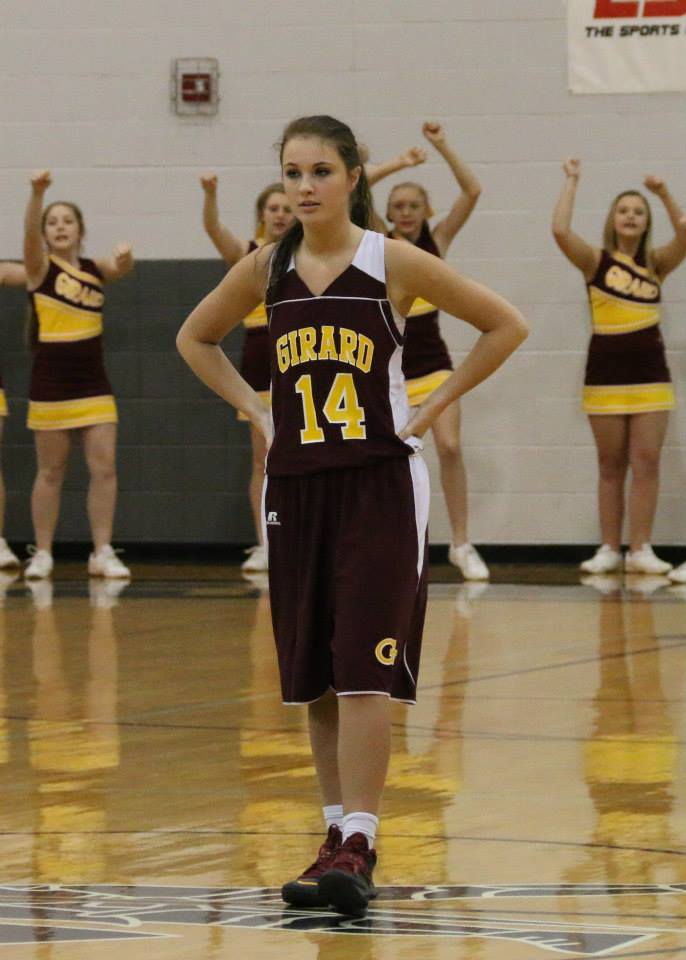 About midway through the fourth, Girard had fallen behind by 11 points, then it was time for one last Lady Trojan run. Frontenac missed several key free throws in the fourth quarter, only adding to Girard’s momentum. Still, with 24 seconds left in the game, the Lady Trojans were down by five. Frontenac then missed a pair of free throws, and Megay Gray nailed a three from the corner to cut the deficit down to just two points with 16.9 seconds left to play. After the Lady Raiders missed another pair of free throws, Sydnee Crain drove to the hoop and hit a layup and was fouled with 7 seconds left. Her free throw rolled around and around the rim before deciding to fall through.

The Lady Trojans had climbed all the way back from a 15-point first-half deficit to lead by one. In what was a dramatic game, the final moment of suspense came with 1.7 seconds left when Girard mistakenly fouled a Frontenac player. With a chance to tie the game or take the lead and the win, the Lady Raiders missed two more free throws and Girard escaped with a huge victory. “It took every timeout and some clutch plays to come out with that win,” said Herlocker. “I’ve had a lot of comeback victories in my career, and this one ranks really high.”

The Lady Trojans, 8-6 overall and 1-0 in league, will host Southeast Friday night for homecoming. 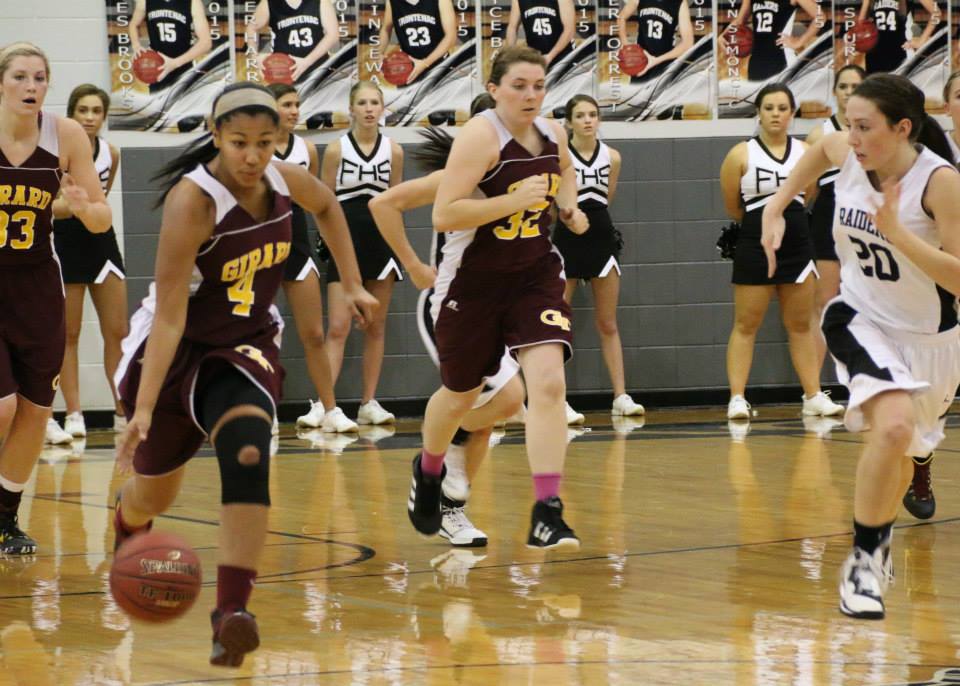 Olivia Hanson and the Girard Trojans win a thriller over the Frontenac Raiders 56-55. PHOTO BY AMY GRAY