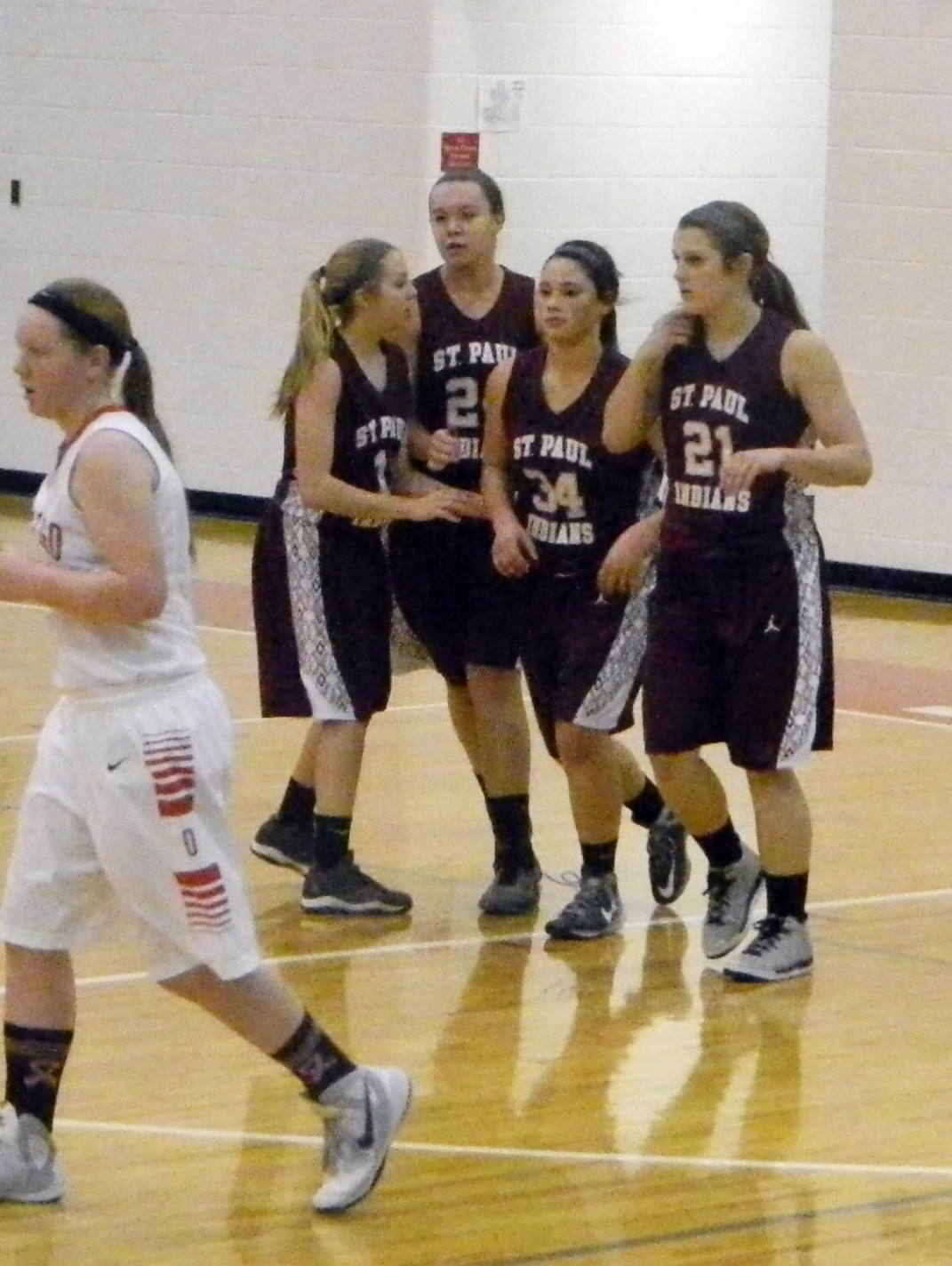 St. Paul traveled to Oswego Tuesday night, and the results were similar to the February 6 meeting with the fellow Indians. The St. Paul boys fell by a large margin, and the Lady Indians won by an even bigger margin.

The Lady Indians started the night with a 17-6 lead after the first quarter and their advantage stretched to 28-13 by halftime. With younger girls filling the quarter, the Lady Indians had their best scoring output with 18 points in the third, including a buzzer-beating trey from Aubrey Corn to end the quarter. St. Paul cruised in the fourth to a 60-31 victory. Holly Hutcherson continued to show signs of progression, having one of her best scoring nights of the season. Hutcherson led St. Paul with 13 points on 5-8 shooting from the field and a 3-4 performance from the charity stripe. She also hauled in eight rebounds to lead the team. Josie Albertini and Keyahnah Burk scored 10 apiece for the Lady Indians. Albertini made her presence known on defense, almost racking up an uncanny double-double with eight steals on the night. The athletic freshman Katelin O’Brien put in nine points for St. Paul and added six rebounds. 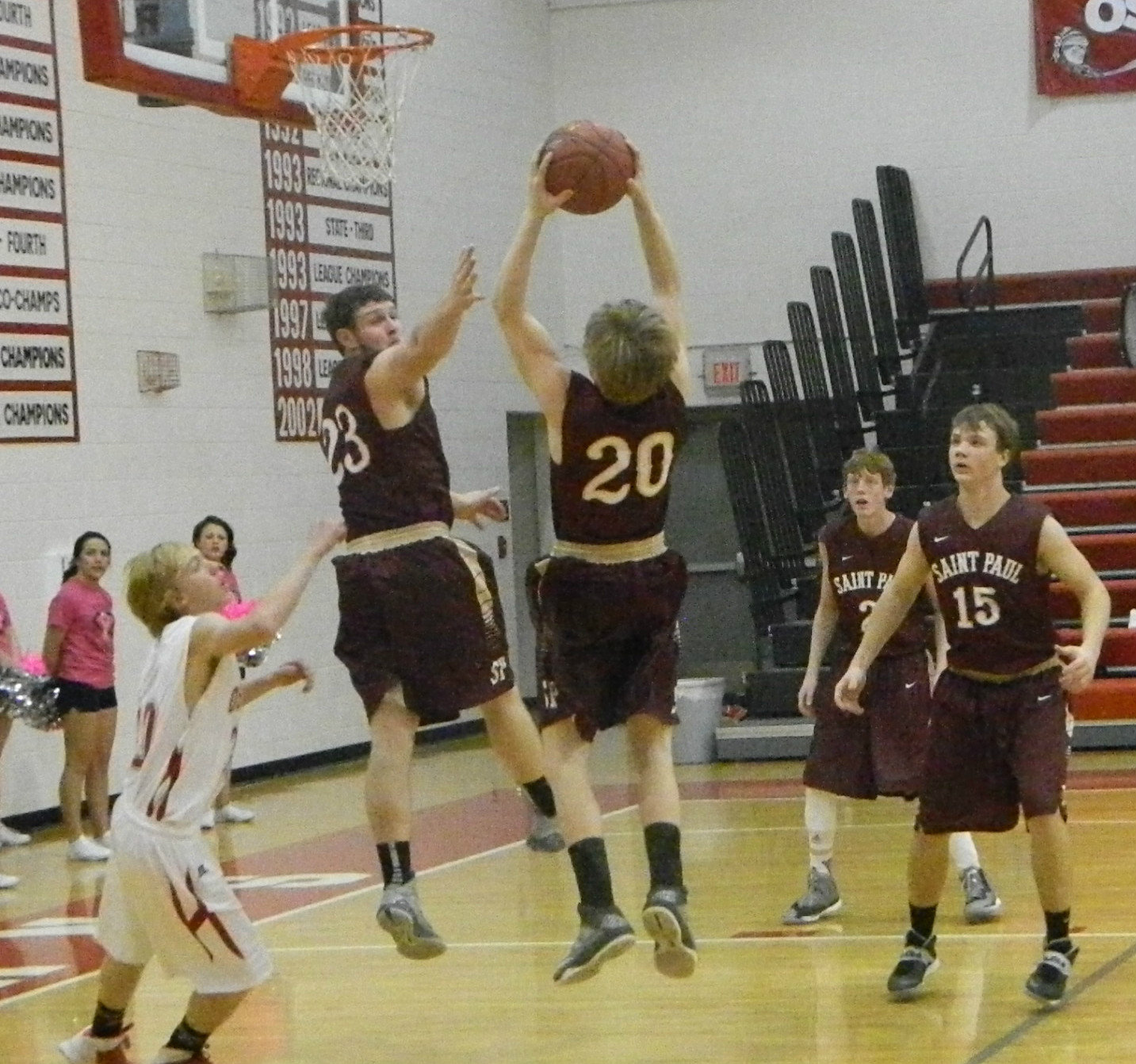 #20 Chandler Struthers grabs a rebound in the Indians loss vs. Oswego. PHOTO BY JORDYN TUCK

Boys lose in lopsided fashion
A lopsided first quarter foreshadowed the ending score of the boys’ game. Oswego outscored St. Paul 15-2 in the first before extending their lead to 33-11 at halftime.

St. Paul battled back in the second half, outscoring Oswego 18-10 in the third to cut the lead to 43-29 heading into the fourth. The comeback was short lived, as Oswego would outscore the Indians 8-7 in the final quarter to take the 51-36 victory.