Born in Rogers, Arkansas, Verlene was adopted by Frank and Ethel Zedrick of Girard, KS.  She was soon joined by sister Carole Zedrick and brother Mike Zedrick.  After graduation from Girard High School, Verlene attended Pittsburg State University where she graduated with a degree in Physical Education. 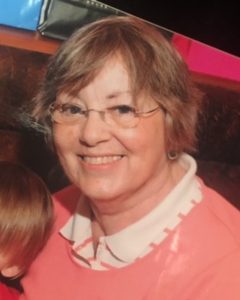 She is proceeded in death by parents Frank and Ethel Zedrick, brother Mike Zedrick and sister Linda Warner.

In lieu of flowers, donations can be made to Girl Scouts of America   http://www.girlscouts.org/

Arrangements have been entrusted to the care of Palmer Marler Funeral Home.