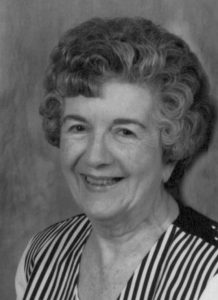 Maxine was born May 27, 1929 in Bourbon County, the daughter of Arbie and Louise (Grimes) Baker.

Maxine was a homemaker and she and Wayne were lifelong farmers at rural Girard from 1943 until 2008.

She is survived by a daughter and son-in-law, Janet Filkel and Stephen Van Scyoc, of Leawood, Kansas.

Graveside services will be at 10:30 a.m., Friday at the Girard Cemetery with Pastor Mark Wenzelburger officiating.  Friends are asked to meet at the cemetery.

Memorials are suggested to Crawford County Humane Society and these may be left at the Smith-Carson-Wall Funeral Home, 518 W St. John, Box 258, Girard, 66743.