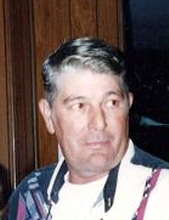 Carl was preceded in death by his parents, Clarence Harold and Beulah May Cox; a brother, Leonard Cox; and his sister, Margaret Enos.

Funeral services will be at 11:00 a.m., Monday, July 12, 2021 at the Smith-Carson-Wall Funeral Home in Girard with Pastor Rick Prideaux officiating.  Burial will be in the Girard Cemetery.

The family will receive friends from 10:00 a.m., until service time on Monday.

Friends may call from 2:00 until 5:00 p.m., Sunday at the Smith-Carson-Wall Funeral Home in Girard.

Memorials are suggested to family wishes and these may be left at the funeral home or mailed to the Smith-Carson-Wall Funeral Home, 518 W. St. John, P.O. Box 258, Girard, Kansas 66743.
Condolences may be sent to www.wallfuneralservices.com