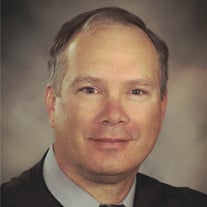 Judge Noland was born on October 23, 1951 in Manhattan, KS to Donald R. Noland Jr. and Katherine Delfs Noland. He grew up in Chanute KS graduating from Chanute High School in 1969. He received a Bachelor of Arts degree in Political Science and History from Pittsburg State University in 1973 and went on to receive his Juris Doctorate in 1976 graduating from Washburn School of Law.

Following law school, Don opened a private law practice in Pittsburg. He also served as an Assistant County Attorney and as Pittsburg Municipal Court Judge. He was appointed as Crawford County 11th Judicial District Court Judge in 1991 by Governor Joan Finney and served until his retirement in 2012.

While serving as District Court Judge, he was selected to serve on the Kansas Court of Appeals and the Kansas Supreme Court on an interim basis.

Throughout his career, he served as an Adjunct Professor of Criminal Law at Pittsburg State University and was a presenter at annual Kansas Judicial Conferences and Continuing Legal Education Seminars. He also served on numerous boards involving children services.

Judge Noland was a passionate advocate for maintaining a judiciary that is independent and free from political influence.

Following his retirement, he volunteered for Hospice Compassus and delivered Meals on Wheels.

He is survived by his wife, Theresa of the home; his daughter and son in law Janna and Tony Nelson; three granddaughters, Shelby (Ross) Ditch, Ashlyn Nelson, and Kynli Nelson; sister Denise (Patrick) Purvis; brother David (Beth) Noland; his father Donald R. Noland Jr. and numerous nieces and nephews he loved dearly. He was predeceased by his mother, Katherine Noland.

Judge Noland had many and varied interests and those who knew him knew his passion for learning as much as he could about each. He was an avid reader, loved bass fishing, motorcycles, and astronomy. He played softball until turning 50, enjoyed movies and his almost daily trips to John’s Sports Center for conversation and coffee.

Above all, he loved visiting his daughter and grandchildren and hosting his annual 3rd of July party for family, friends and colleagues. His family and friends will continue to honor his legacy by appreciating each day, living life to the fullest and making a difference along the way.

A Memorial Service is scheduled for Friday, July 9, 2021 at 11am at the Chicopee Church and Community Center 403 South Pesavento Street. Inurnment will follow at Highland Park Cemetery.

In lieu of flowers, please donate to the Kansas City Hospice House 12000 Wornall Kansas City, MO 64145 ,on his behalf.