← POLICE REPORTS, MAY 2014
Nine Trojans will head to Wichita for state track → 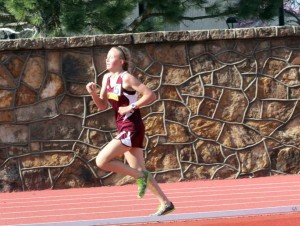 Cailie Logue ranks #1 in the state for the 1600 & 3200 meter runs. Her and seven other Lady Trojans are state bound. PHOTO BY JOYCE KOVACIC

The All Class State Track & Field will be held Friday, May 30, and Saturday, May 31 at Cessna Stadium at Wichita State University.