Nine Trojans will head to Wichita for state track 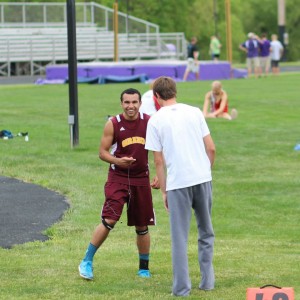 Trey Eaton talks with Drew Davied at the Regional Track Meet in Louisburg. Nine Trojan boys are headed to state in Track. PHOTO BY JOYCE KOVACIC

The All Class Kansas Track & Field Meet will be held at Cessna Stadium at Wichita State University on May 30 and May 31.