Lady Indians headed back to Emporia

After a fourth-place finish at state a year ago, the Lady Indians of St. Paul will be heading back to Emporia after a convincing 56-28 victory over South Haven in the sub-state championship Saturday night. 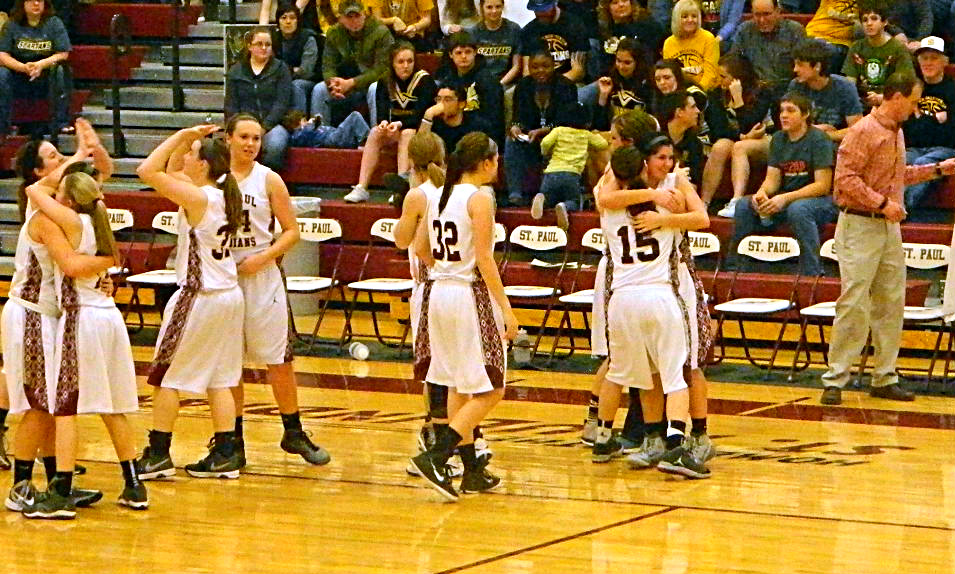 The St. Paul Lady Indians are headed back to state, beating South Haven by 28 points on Saturday night.

In the first quarter of the game, the Lady Indians seemed to have some jitters to work out on their home floor, as they turned the ball over on their first possession of the night. Keyahnah Burk and Josie Albertini started to get things going for St. Paul. Burk handled Haven’s frenzied pressure well, and Albertini was taking the ball to the rack, creating fouls and racking up points. The whistles were blown early and often, as St. Paul and South Haven were in the bonus after just the first quarter of the night. After one, the Lady Indians held a 16-9 lead.

As their offense slowed in the second, St. Paul’s defense stepped up, holding South Haven to just five points. At halftime, the Lady Indians held a 25-14 advantage. 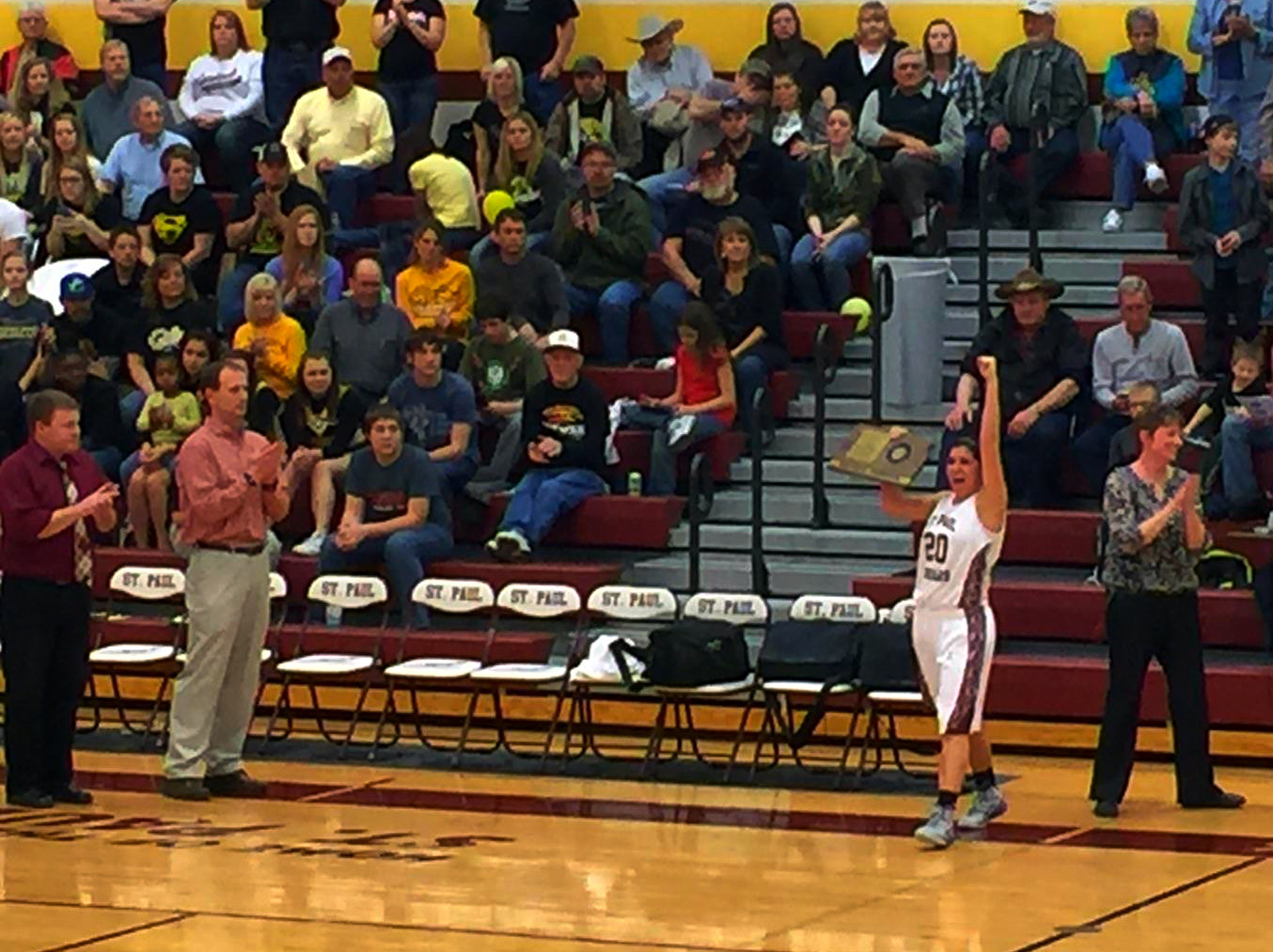 St. Paul would slightly build their lead in the third, but things seemed to go cold just a few minutes in. That’s when Ashton Wood, who had her minutes reduced in the first half due to fouls, came off the bench and sparked the club with an eager three pointer. Almost simultaneously she followed it up with a baseline drive to the bucket, sparking the momentum back in the Lady Indians favor. St. Paul never looked back.

The Lady Indians outscored their opponent 19-4 in the fourth quarter, wrapping up a 28 point win and a spot in the state tourney. Albertini and Burk each scored 17 apiece for the Lady Indians, while Wood added nine to the team’s effort. Albertini also added two blocks and six rebounds, while Burk recorded two assists and six rebounds. Raquel Rice was the team’s top rebounder with five offensive boards and seven total.

The Lady Indians will head to Emporia on Wednesday for the 1A-I State Tournament. 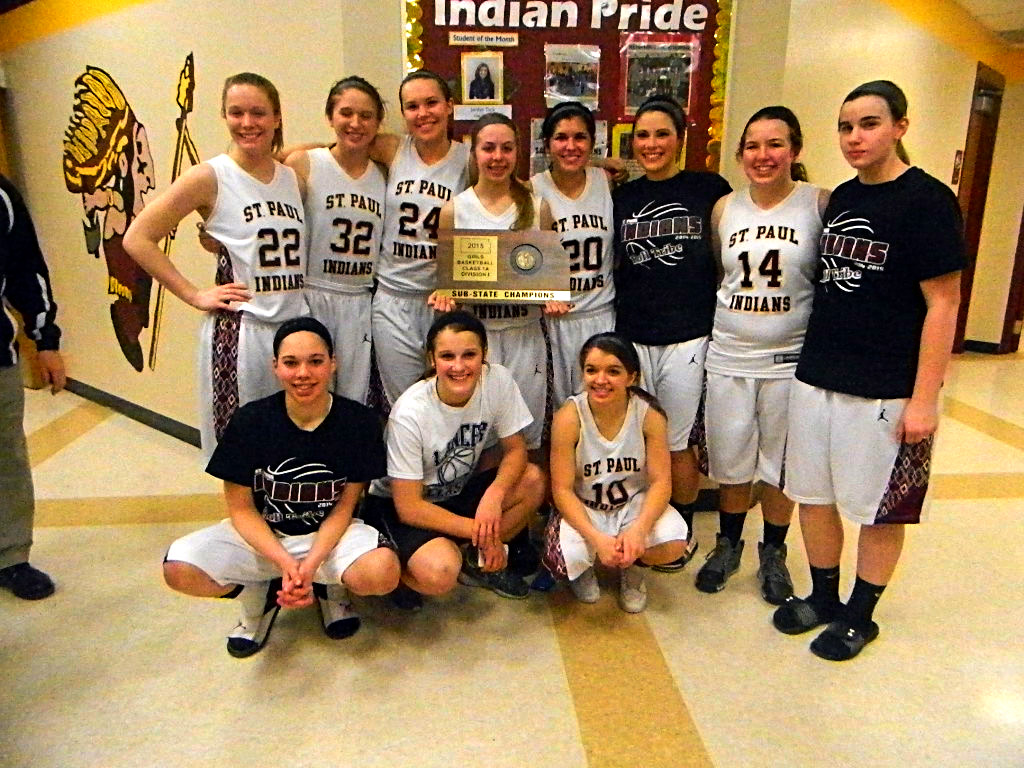