After defeating Marmaton Valley Tuesday night, the St. Paul Indians found themselves in the sub-state semifinals with three-seed Chetopa. The Indians went on a four-quarter roller coaster ride, but when the final buzzer sounded, they had earned a spot to play in the sub-state championship on their home floor. 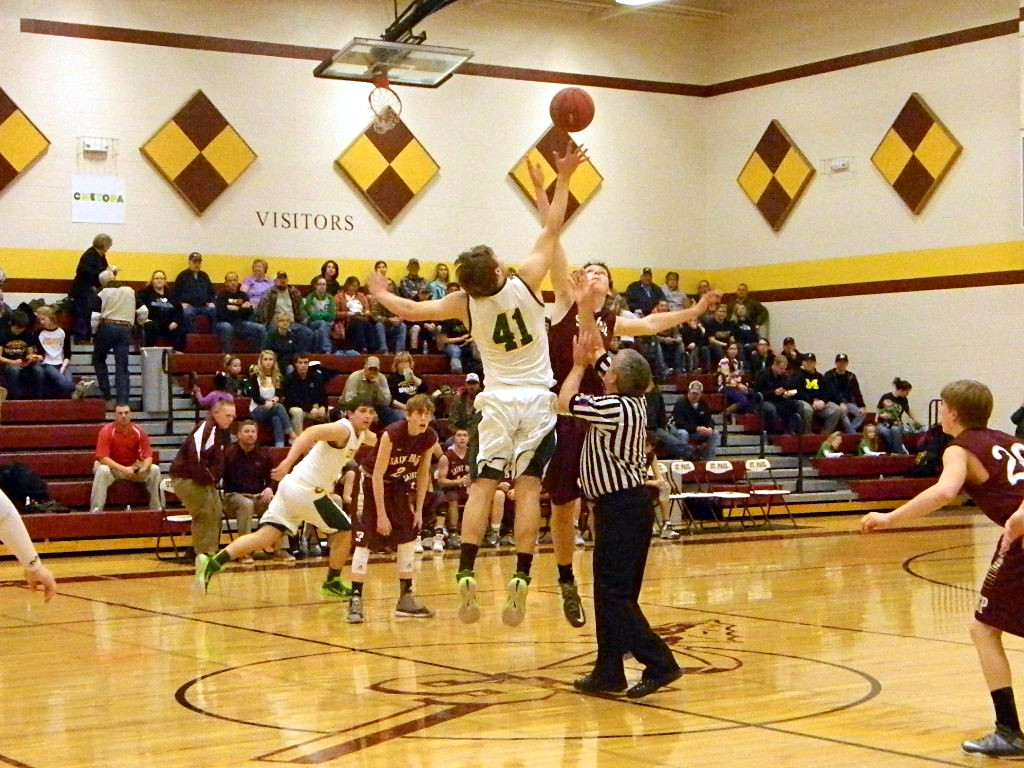 The St. Paul Indians will play in the sub-state championship game on Saturday, after a nail biter in their win over Chetopa.

Three-point baskets from Chandler Struthers and Brenden Doherty, along with a layup from Doherty, gave St. Paul an 8-4 lead in the first quarter. The Green Hornets fought back to tie the game at 10-10, when Doherty splashed home another three; this one would start a 7-0 Indian run to end the first quarter.

St. Paul scored the first seven points of the second to take a 24-10 lead before Chetopa would get on the board. The Indians fought off a Chetopa run, taking a 34-22 lead into halftime. Doherty led St. Paul with 13 points at the half, while Struthers scored all nine of his points in the first half.

Although the youthful Indians found their stride on both ends of the court in the first half, their age showed in the second half. The Green Hornets scored six points to start the third quarter, and you could see the life being taken out of the Indians. When it seemed panic may sink in, Noah Winter drained a three to give St. Paul a 41-30 lead, and the Indians could finally breathe. Not for long though, as Chetopa battled back to cut the lead to just five points entering the fourth. 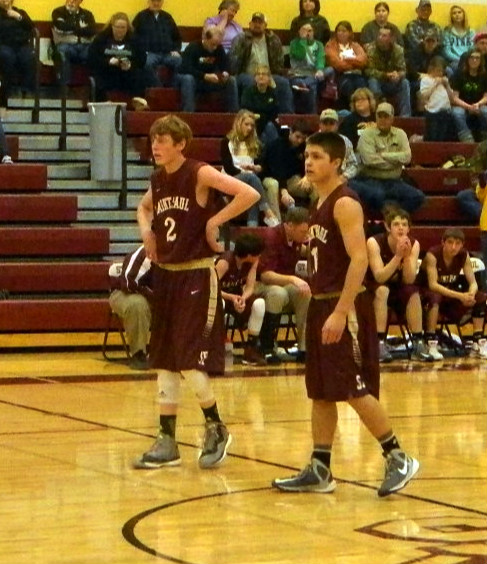 After Chetopa hit a basket to cut the lead to three at the start of the quarter, neither team scored again until a free throw from Doherty gave the Indians a four-point lead with just over two minutes remaining. Panic had without a doubt set in for the Indians in the waning minutes of the game. With just four wins entering tonight’s matchup, St. Paul hasn’t had much practice playing with a lead. As their offense struggled their defense kept them alive. With victory growing nearer, St. Paul was stunned when Chisom Cloud swished a high-arching three, giving Chetopa their first lead of the game with 4.8 seconds left. With no timeouts for St. Paul, Winter grabbed the inbound pass and started down the court when he was fouled near half court. With 1.2 seconds left in the game, Winter hit nothing but net on both shots, sealing the 46-45 victory in thriller fashion.

St. Paul will face Cedar Vale-Dexter at 7:30 Saturday night in St. Paul. The winner will advance to the 1A-1 State Tournament. 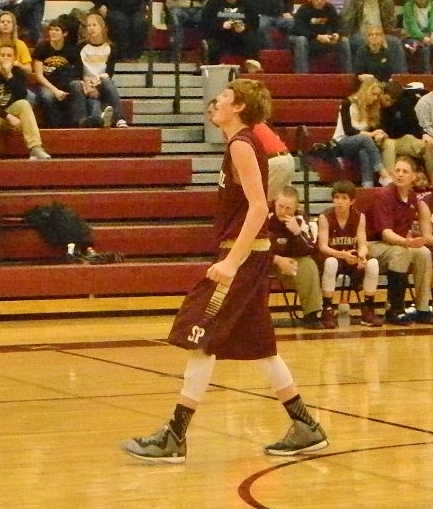 Freshman Brenden Doherty, showing his excitement as St. Paul advances for a chance at the state tournament.