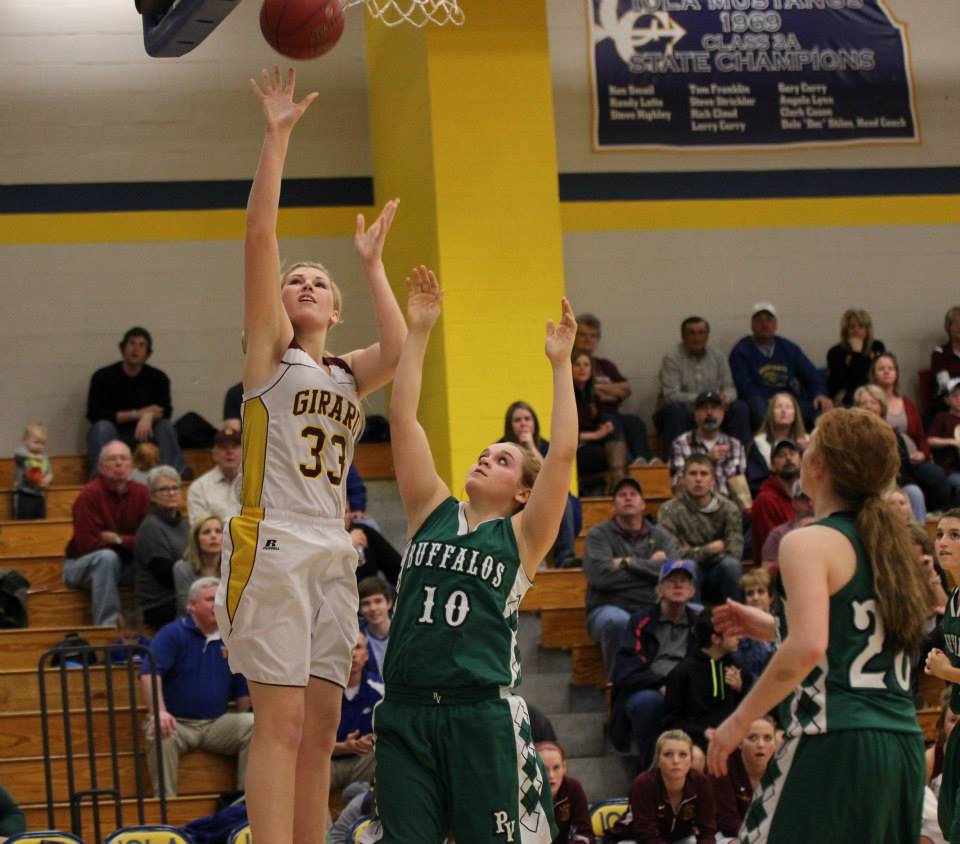 Ashley Ray led Girard with 18 points in Friday nights win over Prairie View. The Lady Trojans advanced to the sub-state championship game to be played Saturday at 6pm. PHOTO BY JOYCE KOVACIC

The Lady Trojans played their first game of sub-state action Friday night against the Prairie View Lady Buffalos in Iola. Girard started slow, but a strong second half blew the game open and the Lady Trojans cruised to a 47-31 victory.

Calea Augustin gave Girard a 2-0 lead to start the game before two straight three’s from Prairie View. Buckets from Ashley Ray and Olivia Hanson had the game tied at 6-6 with 3:12 to go in the first. After falling behind by three points, Girard went on a 6-0 run to take a three point lead of their own, but before the buzzer, the Lady Buffalos nailed a runner from behind the line to tie the game 12-12.

Both teams battled back and forth for a few minutes into the second quarter, but a 5-0 run by Prairie View gave them a 22-17 advantage. Girard went into halftime trailing 22-19.

In the third, Ray hit two straight buckets to give Girard the lead, then Prairie View burnt a timeout with 6:39 to go. Prairie View scored a basket after the timeout putting them back on top, but the Lady Trojans would end the third on a 12-0 run. 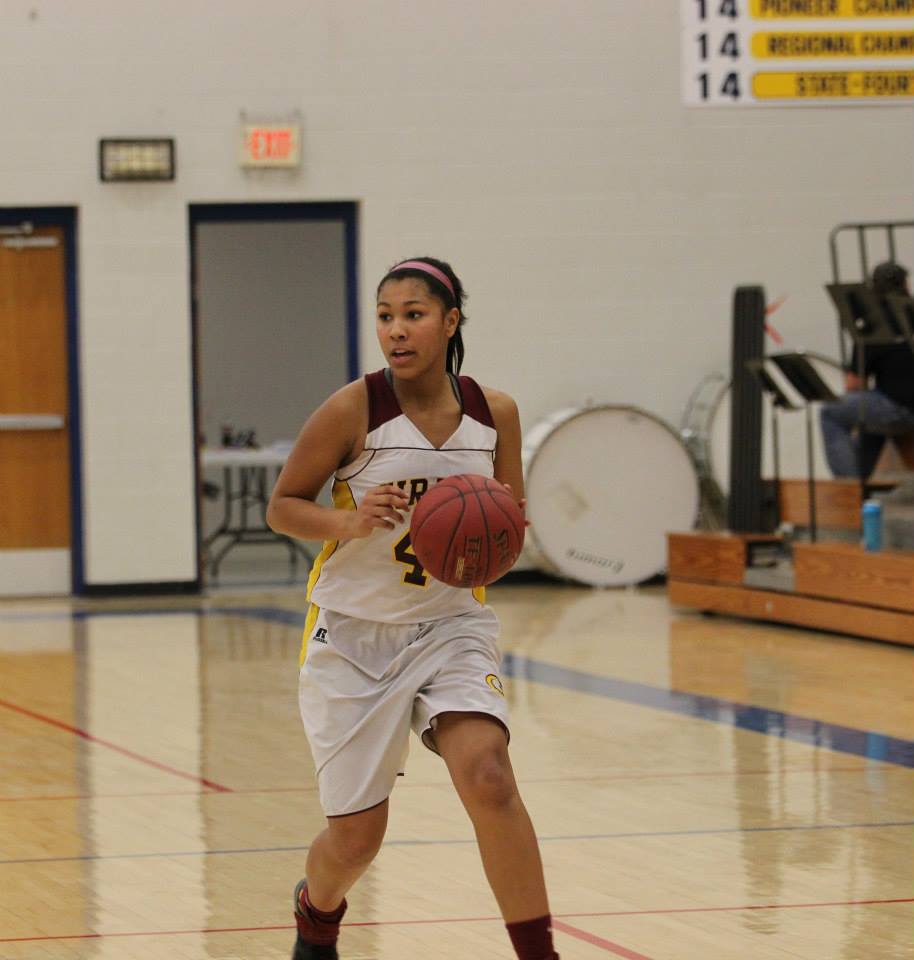 Olivia Hanson added 10 points in the Lady Trojan win. Girard will play Iola Saturday for a chance to go to state. PHOTO BY JOYCE KOVACIC

The Lady Buffalos were the first to get on the board in the fourth, cutting Girard’s lead to nine points. Sydnee Crain responded with a trey that took the wind out of Prairie View’s sails and the Lady Trojans went on to take the victory.

Ashley Ray had a big night for Girard, leading the team with 18 points in the win. Hanson scored 10 followed by Sydnee Crain with 7.

Next up for Girard is a meeting with the Iola Fillies in the sub-state championship. The game will be played at 6:00 on Saturday for a chance to play at the 4A-II State Tournament.

The teams met up for Girard’s first game of the season, and it was Iola who took a 40-35 win. 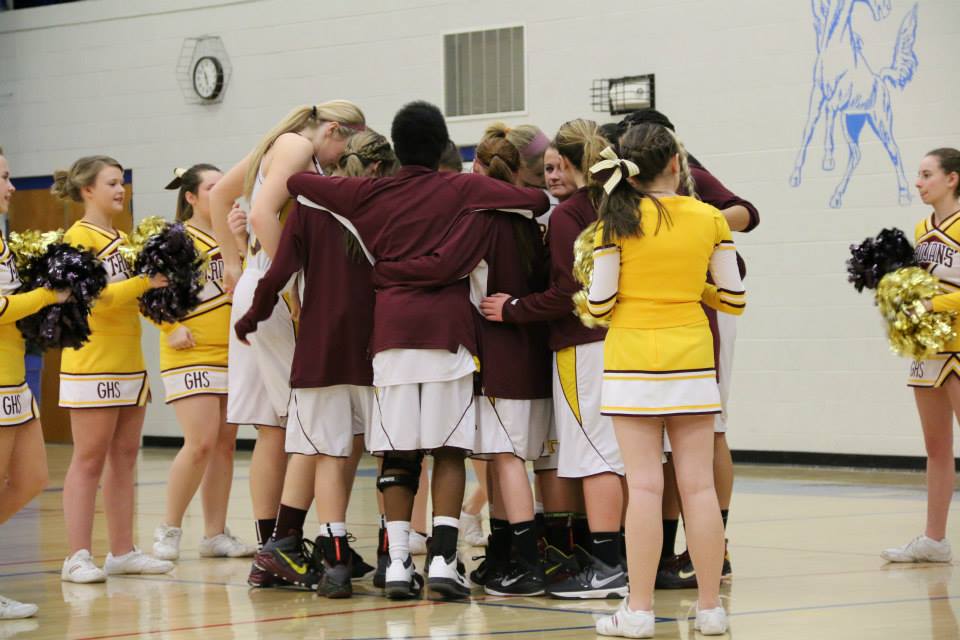