← St. Paul splits with Oswego
Trojans win at the buzzer → 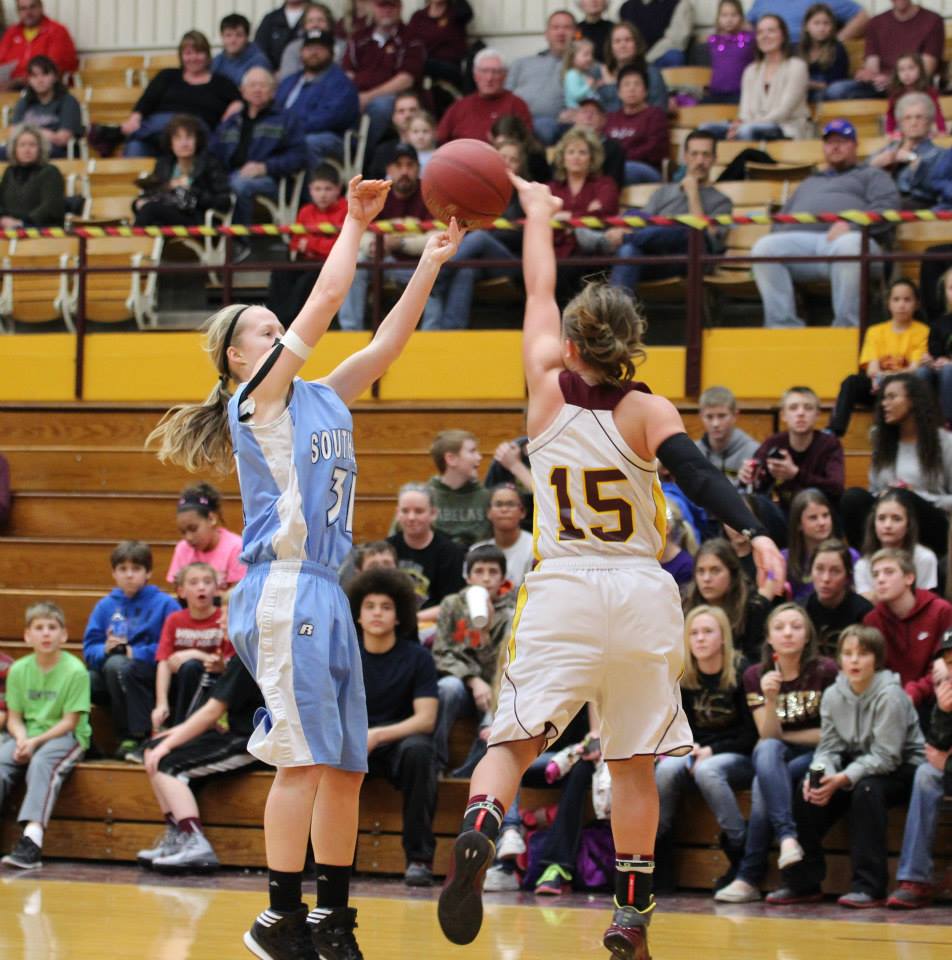 After wild one-point victories in both varsity games against Frontenac Tuesday night, the Girard athletes decided to take it easy on the Trojan fans’ blood pressures last night with a pair of huge wins. In the first game of the night, the Lady Trojans fell behind 4-1 in the first quarter before going on an 11-2 run to end the first with a 12-6 lead. Jacey Murphy came in off the bench and sparked the run.

Murphy quickly tied with an opponent for a jump ball, blocked a shot on the next Southeast possession, and scored four straight points to get Girard rolling. The Lady Trojans stayed hot, scoring the first 10 points of the second quarter to take a 16-point lead. The Lady Lancers would finally get on the board in the second quarter when they hit a jumper with 2:00 remaining in the half. At halftime, Girard was up 26-13. Murphy and Ashley Ray each scored six first-half points.

After two baskets from Ashley Ray and one from Calea Augustin to start the third, Girard held a 20-point lead. A layup by Ray at the tail-end of the third quarter gave the Lady Trojans a 41-14 lead to enter the fourth. Scoring was held to a minimum in the fourth, partly due to a running clock that was engaged when Girard took a 30-point lead. After a free throw from Olivia Hanson, Sydnee Crain scored the final five Lady Trojan fourth quarter points, and Girard cruised to a 47-19 victory.

Ray led Girard with 12 points, and Crain added 10. Augustin put in nine, and Hanson had eight. Murphy finished with six, and MaCahla Leslie, the homecoming queen, added two points. The Lady Trojans have won four of their last five, and are hitting their stride at a convenient time as they finish out the regular season with league games. Girard is 9-6 overall and 2-0 in CNC play.

Boys do the same
Anything you can do, I can do… well… almost better. Following the Lady Trojans’ suit, the Girard boys put a beating on Southeast as well. They didn’t quite match the 28-point victory earned in the first game, but it was impressive nonetheless. Tyler Green matched two Lancer buckets in the first quarter to tie the game at 4-4, and a basket from Drew Davied tied the game at sixes. The Trojans went on an 8-0 run to finish the first quarter with a 14-6 lead. 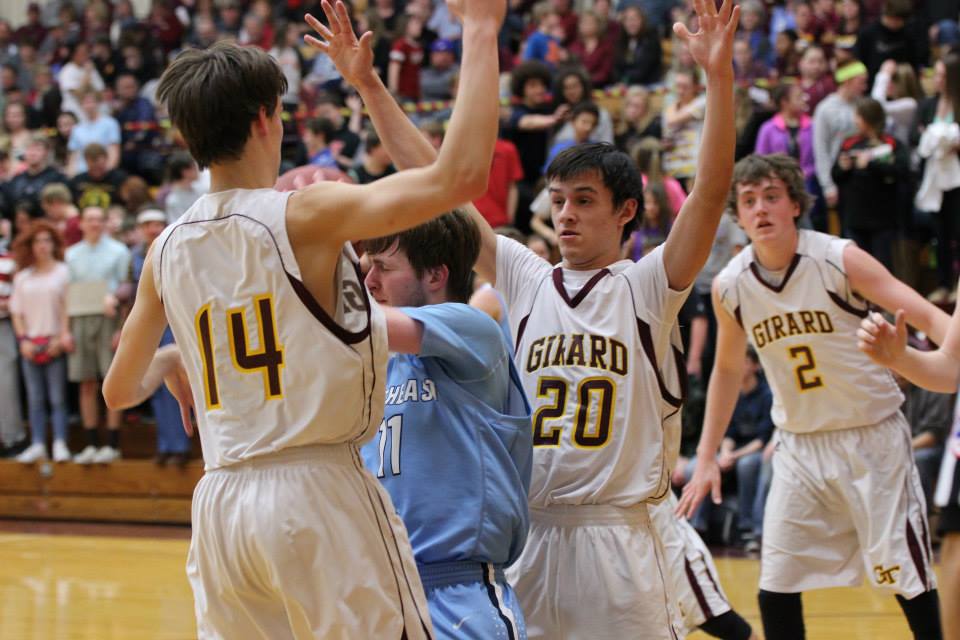 The teams traded baskets for most of the second quarter, and Southeast wasn’t able to make up any ground, but Girard couldn’t stretch their lead either. Holding a seven-point lead, Girard scored four straight to go up by 11, their first double-digit lead of the night. Although less dramatic than his game-winning buzzer-beater on Tuesday night to sink Frontenac, Laike Damman went behind the back, between the legs, spun past a defender, and rose up from the free-throw line to nail a jumper before the first-half buzzer sounded. Girard took a 26-13 lead into the second half.

Eric Wilson sunk a trey at the beginning of the third quarter, and it seemed all life had left Southeast. A Damman three put a cap on a 12-3 Girard run that took only 2:45 off of the clock. Girard held their biggest lead at that point, 38-16. After three quarters, Girard led 40-23.

Southeast came out in the fourth with an intensity that had yet to be seen, and Girard seemed flat. With 4:00 to go, the Lancers nailed a trifecta to cut the lead to twelve points. When it seemed they had their most momentum going, Southeast was answered by a 10-0 Girard run, fueled by five layups in a row. The Trojans finished strong, taking a 56-34 win.

Girard will travel to Columbus Tuesday, before hosting Galena on Friday.