Merlin “Jack” Nelson, 87, Girard resident and owner of A Girard Bonding Co., was arrested Wednesday, Oct. 30, for attempting to commit unlawful sexual relations with an inmate a Crawford County Jail in exchange for bonding the inmate out of jail. 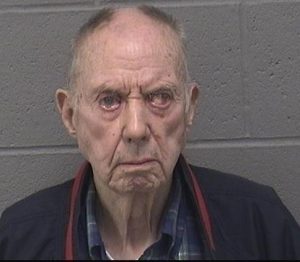 Detectives with the Crawford County Sheriff’s Office began the investigation last week and there is only one alleged victim at this time that they are aware of. Further information about the identity of the victim has not been released at this time.

Nelson was released from the Crawford County Jail on a $5,000 bond. The investigation is still ongoing and anyone with information regarding the incident is encouraged to contact the Crawford County Sheriff’s Office as 620-724-8273. Nelson is presumed innocent until proven guilty of the allegations in a court of law.