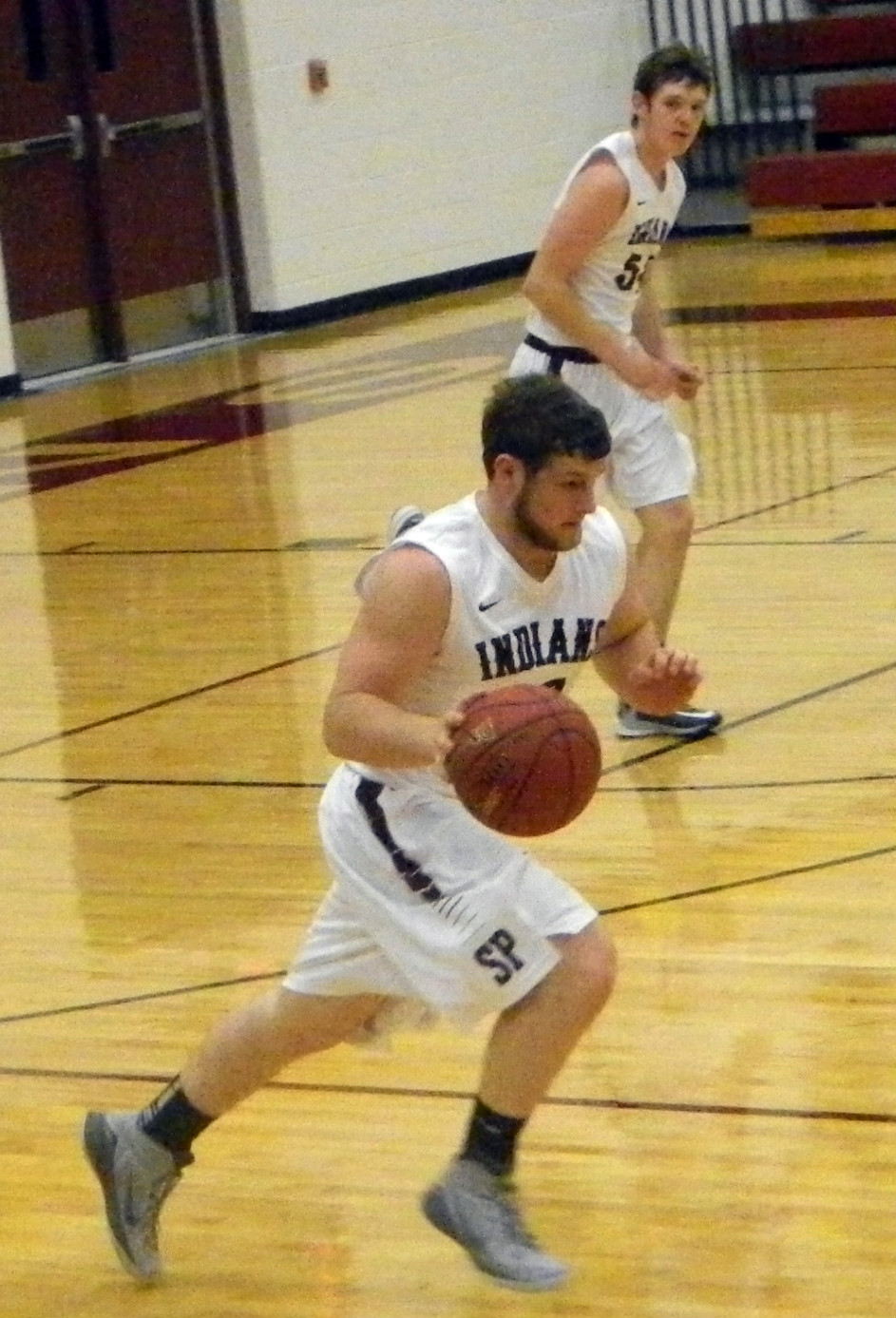 Preston Jacquinot (pictured) and Jace McCracken led St Paul with 13 and 16 points respectively. St. Paul advances to the sub-state semifinals and will face Chetopa on Friday.

Four different Indians scored in the first quarter, helping St. Paul take a 10-9 lead after one. Preston Jacquinot hit two treys and Brenden Doherty hit another in the second, and the Indians took a 26-19 lead into halftime.
The Wildcats stormed back in third, outscoring the Indians 15-10, and St. Paul’s lead was cut to two points entering the fourth quarter. With their season on the line, the Indians fought off a 14-point Wildcat quarter, scoring 18 points of their own. Doherty and Jacquinot scored five points apiece in the fourth, and the Indians took a 54-48 victory to advance to the sub-state semifinals.
Jace McCracken led St. Paul’s attack with 16 points. Jacquinot added 13 and Doherty scored 10. St. Paul, now 4-17 on the season, will face two-seed Chetopa on Friday. The Green Hornets earned a first-round bye.