Trojans’ season comes to an end 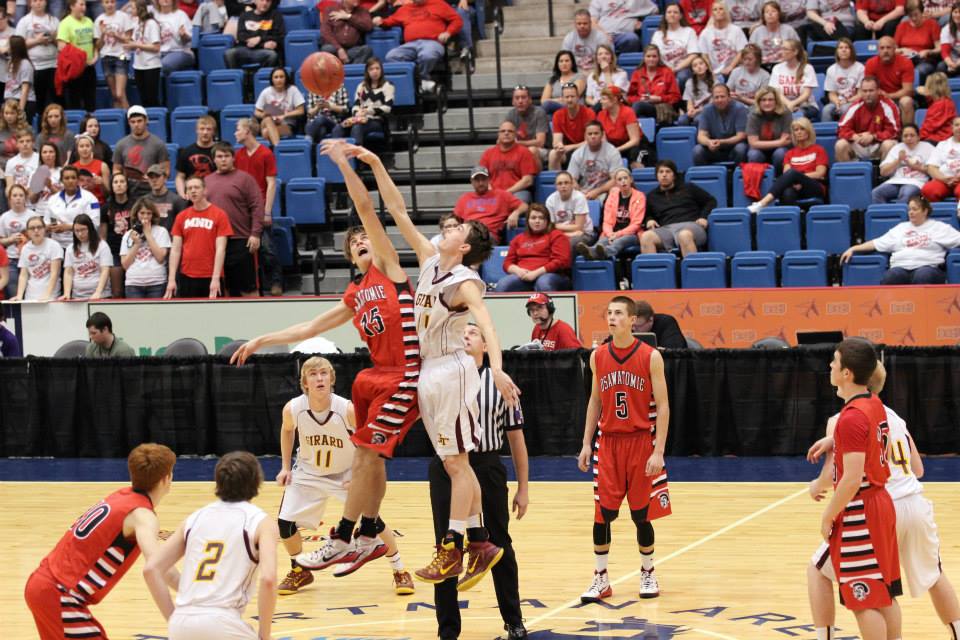 Drew Davied led the team with 19 points, but it wasn’t enough as promising #3 seed Girard Trojans lose in the first round of the 4A-DII state tournament. PHOTO BY JOYCE KOVACIC

One game is all you are guaranteed when you make it to the state tournament. Your whole season rides on the outcome of one game. If you win, you are guaranteed a top four finish. Lose and you go home. Surely that is not the way Coach Wescott’s Trojans envisioned their second straight trip to the 4A-DII State Tournament, but sometimes that’s the way it goes. 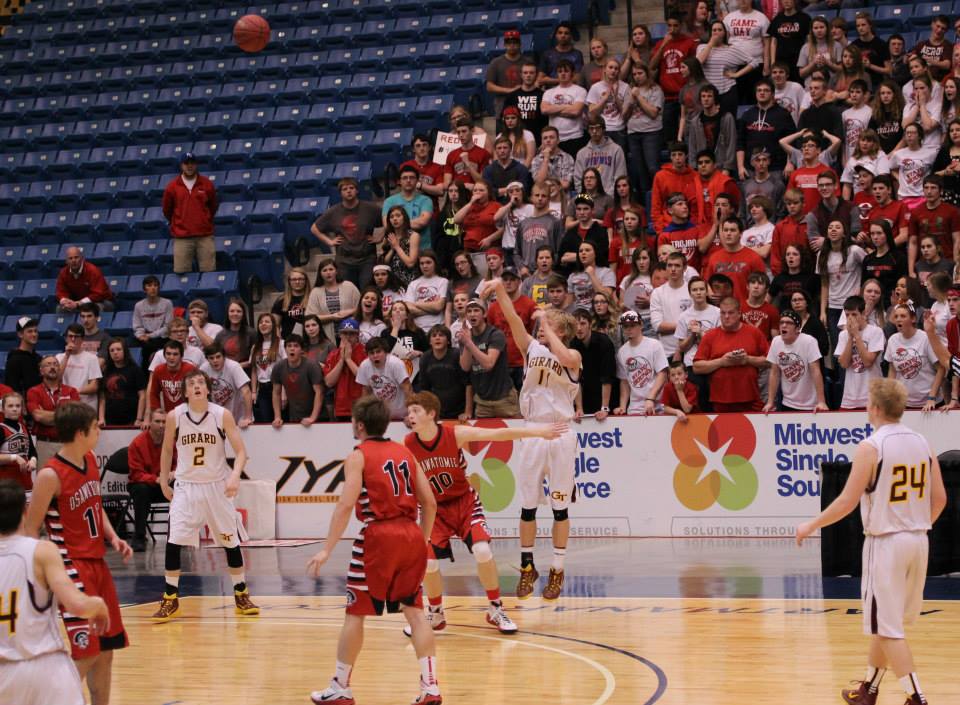 Laike Damman attempts a three vs. Osawatomie in round 1 of the state tournament. PHOTO BY JOYCE KOVACIC

After earning the three-seed at state with a 20-2 record, Girard set up to meet six-seed Osawatomie. After Osawatomie began the game with a quick bucket, Laike Damman fired back to get Girard on the board with a three. The Trojans found themselves down 5-9 with 4:07 left in the first, but Damman scored seven more points in the quarter to give Girard a 16-11 lead after one.

Osawatomie would cut Girard’s lead to 19-16 with monster slam dunk in the second, but Girard refused to let their momentum slide. With 2:54 left in the first half, Kross Hamblin knocked in two free throws to give Girard an eight-point lead. After a trey and a couple of close shots made by Osawatomie saw Girard’s lead dwindle to just two points before Damman hit his second long ball of the half with 36 seconds left, and Girard took a 33-28 lead into halftime.

Osawatomie came out the second half a changed team. They had intensity that was unseen the first half, and two minutes after the third quarter started, Girard trailed 38-35. About a minute later, the Trojans were in possession of a three-point lead. An old-fashioned three-point play from Drew Davied gave the Trojans a 46-40 advantage with 3:19 to go in the third, but Osawatomie ended the quarter on a 5-2 run to head into the fourth down by only one point. 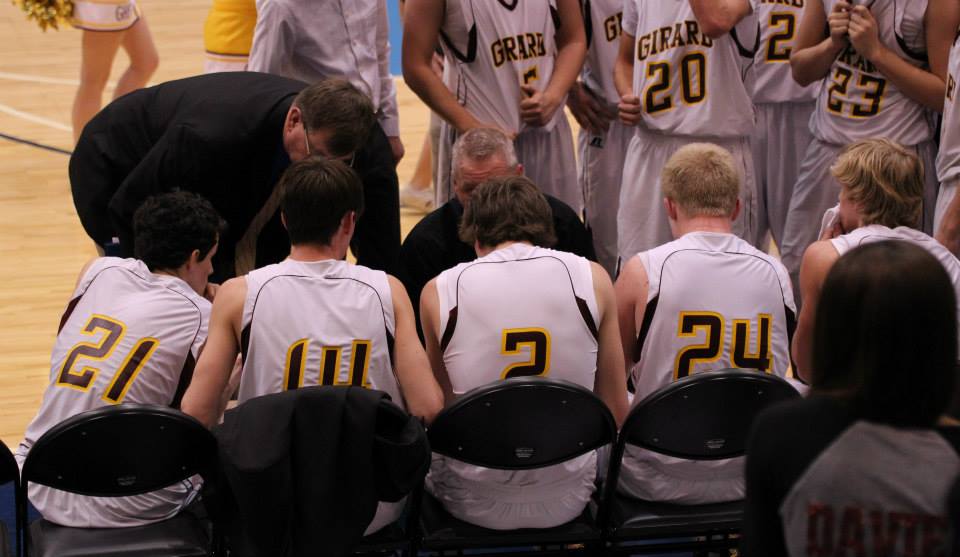 The Trojans had a very successful season, finishing 20-3 including a CNC League championship and sub-state championship. PHOTO BY JOYCE KOVACIC

With 5:30 left in the game, Drew Davied had just hit his second straight trey to turn a one-point Girard deficit into a 55-50 lead. Girard held all of the momentum and it seemed they might run away with one. Osawatomie had other plans, and the Trojans went ice cold from the floor. After a layup from Eric Wilson, Girard held a 57-55 with 3:26 left to play. Girard wouldn’t score again, as Osawatomie finished the game on an 8-0 run, knocking out the Trojans 63-57.

Davied led the Trojans with 19 points, and Damman added 15. Hamblin and Junior Lindbloom had nice games off the bench with eight and seven points. Despite the outcome of Wednesday’s game, the Trojans ended their season with a very respectable 20-3 record, which included a CNC League and sub-state championship.