Trojans on to Sub State Finals

In their third matchup with the Baxter Springs Lions, Girard stumbled out of the gates, but regained their composure to take the game 67-52.

After Baxter started the game with their first nine points coming from three-point land, and held a seven-point first quarter lead, Girard would go on a serious scoring run and would not trail again the rest of the night.  Girard would score nine straight points to end the first quarter and take a 15-13 lead into the second. 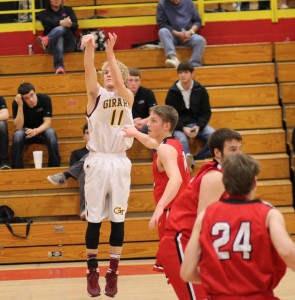 second quarter belonged to the Trojans once again, as they outscored the Lions 15-8 to take a 30-21 lead into halftime.

The Lions turned up their offense in the third quarter, outscoring Girard 15-17, but still trailed by seven entering the final quarter.  Girard held on to their lead, and ended up winning by a comfortable fifteen points.  Drew Davied led the Trojans with 18 points on the night, while Tyler Green added 14.

Tonight Girard will take on Frontenac at 7:30 in Columbus for a chance to go to the Class 4A Division II state tournament.  Frontenac defeated Columbus 68-55 to advance to the finals.  In their last regular-season game, Girard defeated Frontenac 64-54 in their only matchup of the season. 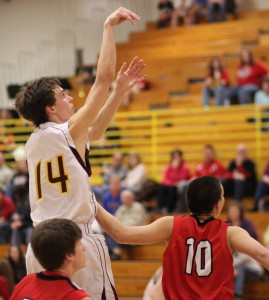 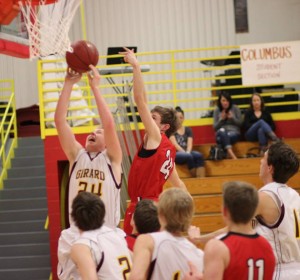