Melba J. Taylor, 86, of rural Girard, Kansas went to be with her Lord on Thursday, October 8, 2015, after a three month bout with Cancer. 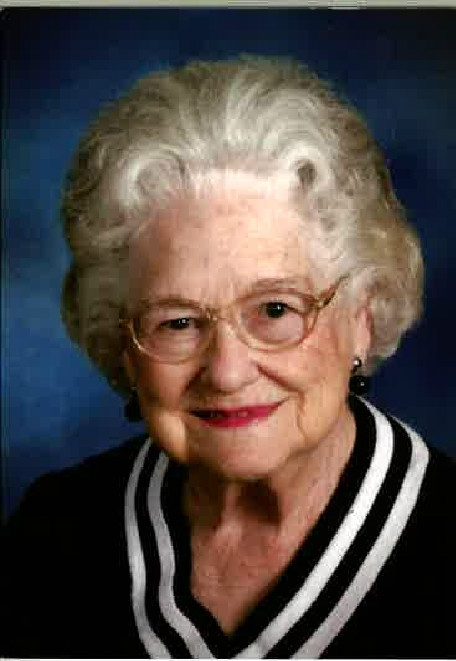 She was born on a farm Southwest of Calumet, Oklahoma on September 22, 1929, to Claude and Ethel (Bramhall) Moore.  As a young girl growing up during the depression, she and her family did whatever they had to do to survive including growing large gardens and picking cotton.  She attended rural school near the family home.  In the late 1930’s the family moved to Redondo Beach, California, traveling the Route 66 Highway, in search of work.  Later, the family would return to El Reno, Oklahoma, where she attended and graduated from El Reno High School.
On June 8, 1947, she and Kenneth M. Taylor were united in marriage at the First Christian Church in El Reno and celebrated nearly 67 years of marriage.  Mr. Taylor preceded her in death on April 18, 2014.  In 1948, the Taylor family relocated to a dairy farm located East of Girard.
Mrs. Taylor took great pride in her family and loved to attend any events that her children, grandchildren, or great-grandchildren were involved in.  She loved attending Girard High School events and Pittsburg State University events.  She had been actively involved in the United Methodist Church in Girard until her health began to fail.  She loved to get together with her group of “card players”.  She truly loved her many friends in the area.
Survivors include a daughter, Mary Clark, and her husband, Larry, of Bonner Springs, Kansas; her sons Montie Taylor, and his wife, Candyse, of rural Parsons, Kansas; Dr. Michael Taylor, and his wife, Joleen, of Tulsa, Oklahoma; Mark Taylor, and his wife, Marcie, of rural Girard;  her grandchildren Kathy McBride, of Shawnee, Kansas; Kaleigh Clark, of Independence, Missouri; Matthew Taylor, of Kansas City; Julie Taylor, of Parsons; Myles Taylor, of Girard; her great-grandchildren Madison Peak, Bailey Peak, Hunter Peak, Mitchell McBride, and Olyvia Jones; her brother, Jim Moore, of El Reno; a special niece, Angela Heinrich, and her husband, Henry, of El Reno; a very close friend, Shelly Zacharczyp; She also counted her many friends and the staff of West Ridge as her family.
Funeral services will be at 10:30 a.m., Monday at the Smith-Carson-Wall Funeral Home in Girard with Pastor Dallas Peterson officiating.  Burial will be in the Girard Cemetery.
The family will receive friends from 7:00 until 8:00 p.m., Sunday at the funeral home where friends may call after 2:30 p.m., Sunday.
In honor of Mrs. Taylor’s love for Pittsburg State University, friends are encouraged to wear PSU clothing to both the visitation and the funeral service.
Memorials are suggested to the United Methodist Church in Girard and these may be left at the Smith-Carson-Wall Funeral Home, 518 W St. John, Box 258, Girard, 66743.
Condolences may be sent to www.wallfuneralservices.com