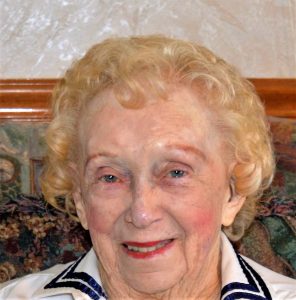 Regina was born June 25, 1926 in McCune, Kansas a daughter of Harold and Alice (Fowler) Schreuer.

Mary was a homemaker, devoted wife and mother.

She was a member of the St. Patrick Catholic Church in Walnut.

Funeral services will be at 10 a.m., Friday, August 16, 2019 at the St. Michael Catholic Church in Girard with Fr. Floyd McKinney officiating.  Burial will be in the Girard Cemetery.

The Rosary will be prayed at 6 p.m., at the Smith-Carson-Wall Funeral Home in Girard where friends may call after 2 p.m. Thursday.