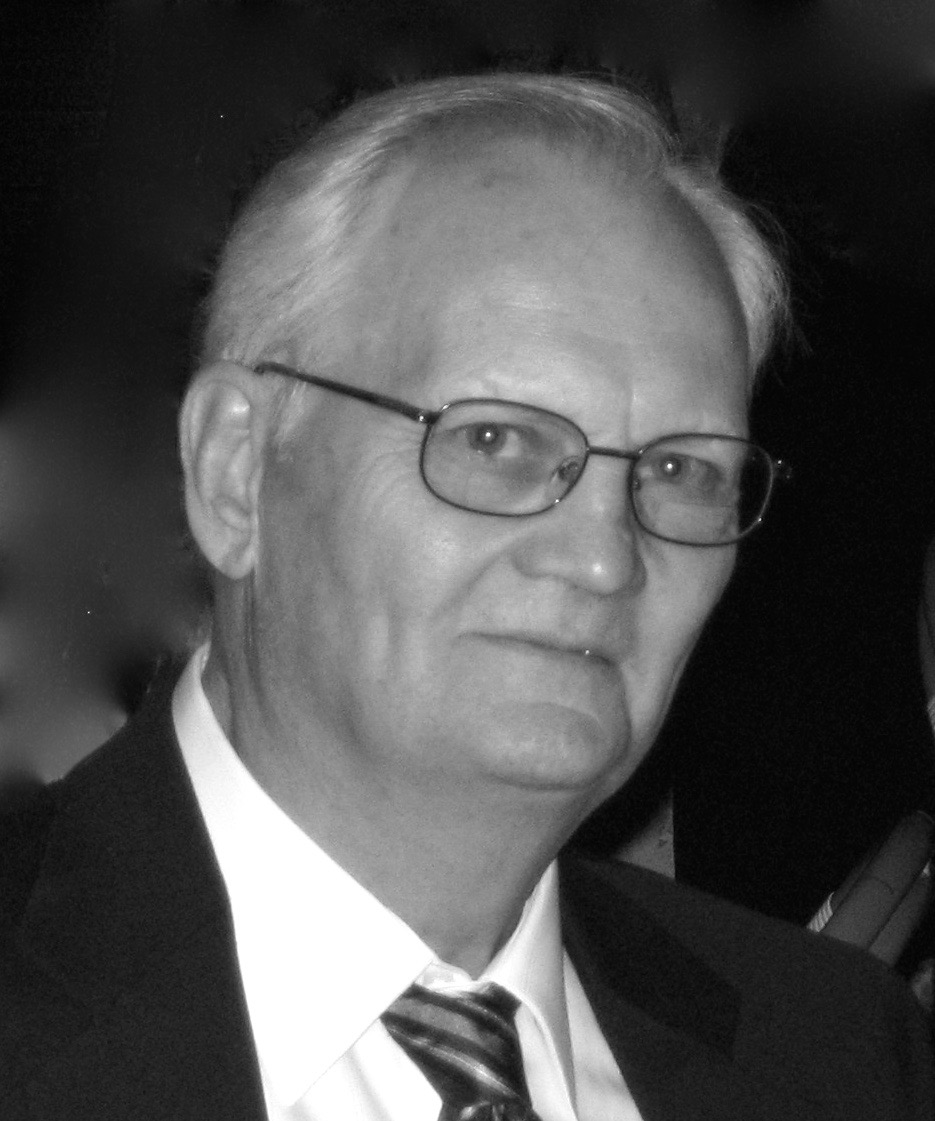 Jim and Betty moved to Augusta while Jim worked at Boeing Aircraft Company in Wichita from 1956-1958.  They moved to Beloit where Jim worked for the Prudential Insurance Company before returning to Girard in 1961.
In 1964, Jim purchased Peak Auto Service in Girard.  He owned and operated the station until his retirement in 1999 and then became a regular presence alongside his son Mark who continues the family business, celebrating 50 years of service in 2014.
Jim was a member of St. Michael’s Catholic Church in Girard, was involved in local civic organizations, and was a member of the George C. Brown Post No. 26 American Legion of Girard.
Jim’s faith and unconditional devotion to his family guided his life.  His love and kindness was vast and his humor quick.  He and his beloved wife taught their family to enjoy hard work and do right.
Survivors, in addition to his wife, Elizabeth Jo Peak, are sons Mark (Trish) Peak and Greg (Diana) Peak, daughters Mitzi (Jerome) Beezley, Dana (Roscoe) Newton, and Kelly Peak all of Girard.  His pride extended to his twelve grandchildren and 8 great grandchildren, including:  Lynn (Joe) Fleming, Connor and Molly; Jessica (Dustin) Dunbar, and Charlie; Alixandra Beezley; Zachary Newton (Megan) and Brooks; Seth (Ashley) Newton, Kelcyn, and Graham; Abby Cook, Adrian and Avery; Madison Peak; Bailey Peak; Hunter Peak; Cody Bradshaw; and Carley Bradshaw.  He is also survived by one brother, Paul Peak of Anderson, Missouri, and one sister, Mary Senecaut of Girard.
He was preceded in death by one grandson, Travis Newton; three brothers: Bill, Charlie, and Loyd; and three sisters:  Loretta Lallemand, Catherine Baldwin, and Patricia Peak.
Funeral mass will be at 10:30 a.m. on Thursday, August 27th, at St. Michael’s Catholic Church in Girard with Fr. Max Biltz and Fr. Michael Baldwin as Concelebrants.  Burial will be in the Girard Cemetery.  A rosary will be held at 7:00 p.m. on Wednesday at St. Michael’s Church where the family will receive friends following.
Friends may call at the Smith-Carson-Wall Funeral Home from 1:00 until 5:00 p.m. on Wednesday.  Memorials are suggested to St. Michael’s Building Fund or the Girard Area Community Foundation and these may be left at the church or the funeral home at 518 W. St. John, P.O. Box 258, Girard, Kansas 66743.  Condolences may be sent to www.wallfuneralservices.com.