He was born on April 18, 1943 at St. Paul to Glenn and Viola (Rehmert) Johnson. He grew up near St. Paul and attended country and McCune schools graduating from McCune High School in 1961. 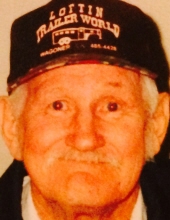 While farming Gerald drove a semi-truck for Carter Harwood Products and for several local farmers. He also drove a short time for Yellow Freight. He later drove a school bus for St. Paul schools and a road grader for Neosho County. He also raised hogs.

He enjoyed fishing, riding horses, watching westerns, and reading. Most of all he cherished making memories with his children and grandchildren. He attended the United Chapel Church near McCune.

He and Sue Groves were married on February 14, 1970 at the First United Methodist Church in Oswego. They later divorced.

Funeral services will be held at 10:30 a.m., Wednesday, September 2, 2015 at the Carson-Wall in St. Paul with The Reverend Jeff Owen officiating. Burial will follow in the Hope Cemetery near St. Paul. The family will receive friends at the funeral home from 9:30 a.m. until service time. Friends may call the funeral home from 9 a.m. to 6 p.m. Tuesday. Memorials are suggested to the Prairie Mission Activity Fund and these may be left at or mailed to the funeral home 403 Main, P.O. Box 272, St. Paul, KS 66771. Online condolences may be left at www.wallfuneralservices.com.