Rick was born December 31, 1935 in Pittsburg, Kansas, a son of Thurman and Olive (Kasiah) Toney.  Rick grew up and attended school in Chicopee, Kansas.

He served in the US Army during the Korean Conflict. 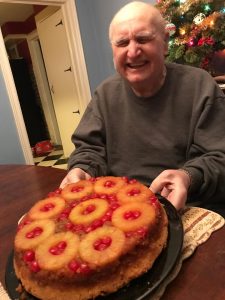 Rick worked as a diesel mechanic at MSI Trucking in St. Joseph, Missouri and at Hofer Trucking in Pittsburg, Kansas.  He also farmed for Fox Farms at rural Girard.

He was a member of the George C. Brown Post No. 26, American Legion and the Steven Bennefeld Post No. 7479, Veterans of Foreign Wars, both of Girard.

Rick was preceded in death by his parents, his wife, Vida, his brothers, Robert and Billy Toney, and his sisters, Mary Large, Mildred Jones, and Shirley Rodriguez.

Funeral services will be at 10:30 a.m., Wednesday at the Smith-Carson-Wall Funeral Home in Girard with Archbishop David Jones officiating.  Burial will be in the Girard Cemetery with Military Honors by the Brown-Bishop Post No. 704, Veterans of Foreign Wars of Parsons, Kansas.

Memorials are suggested to the Wounded Warrior Project and these may be left at the Smith-Carson-Wall Funeral Home, 518 W St. John, Box 258, Girard, 66743.