Deborah A. Kirkpatrick, 54, of Walnut, Kansas died at 4:46 a.m., Wednesday, October 22, 2014 at her residence in Walnut.
Deborah was born July 26, 1960 in Heidelberg, Germany, a daughter of William Lee and Renata (Richter) White.  She attended high school in Manhattan, Kansas and tech school in Wichita, Kansas.
She married Kenneth John Kirkpatrick on April 30, 2000 in Wichita.  He survives of the home.
Deborah lived in Wichita from 1999 before moving to Walnut in 2013.  She worked as a waitress at the Riverside Café in Wichita and later as a housekeeper at the Girard Medical Center in Girard, Kansas.
Survivors, in addition to her husband, Kenneth, of the home, are a son, Eric Kirkpatrick and his wife Alycia of Portland, Oregon; daughters Janel Hale and her husband Shane of Chanute, Kansas, Marcia Kirkpatrick of Pittsburg, Kansas and Kristin White and her husband Rusty of Portland; ten grandchildren; brothers James White of Manhattan and Robert White of Wamego, Kansas; a sister Donna White of Wichita.
Deborah was preceded in death by a sister and three brothers.
Funeral Services will be at 1:00 Saturday at the Smith-Carson-Wall Funeral Home in Girard with Pastor Rick Prideaux officiating.  Private family committal services will be at a later date at St. Patrick’s Cemetery in Walnut.
The family will receive friends from 11:00 a.m. until service time Saturday at the Smith-Carson-Wall Funeral Home where friends may call after 1:00 p.m., Friday. 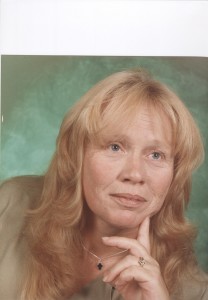 Memorials are suggested to  the American Cancer Society and these may be left at the Smith-Carson-Wall Funeral Home, 518 W St. John Box 258, Girard, 66743.
Condolences may be sent to www.wallfuneralservices.com