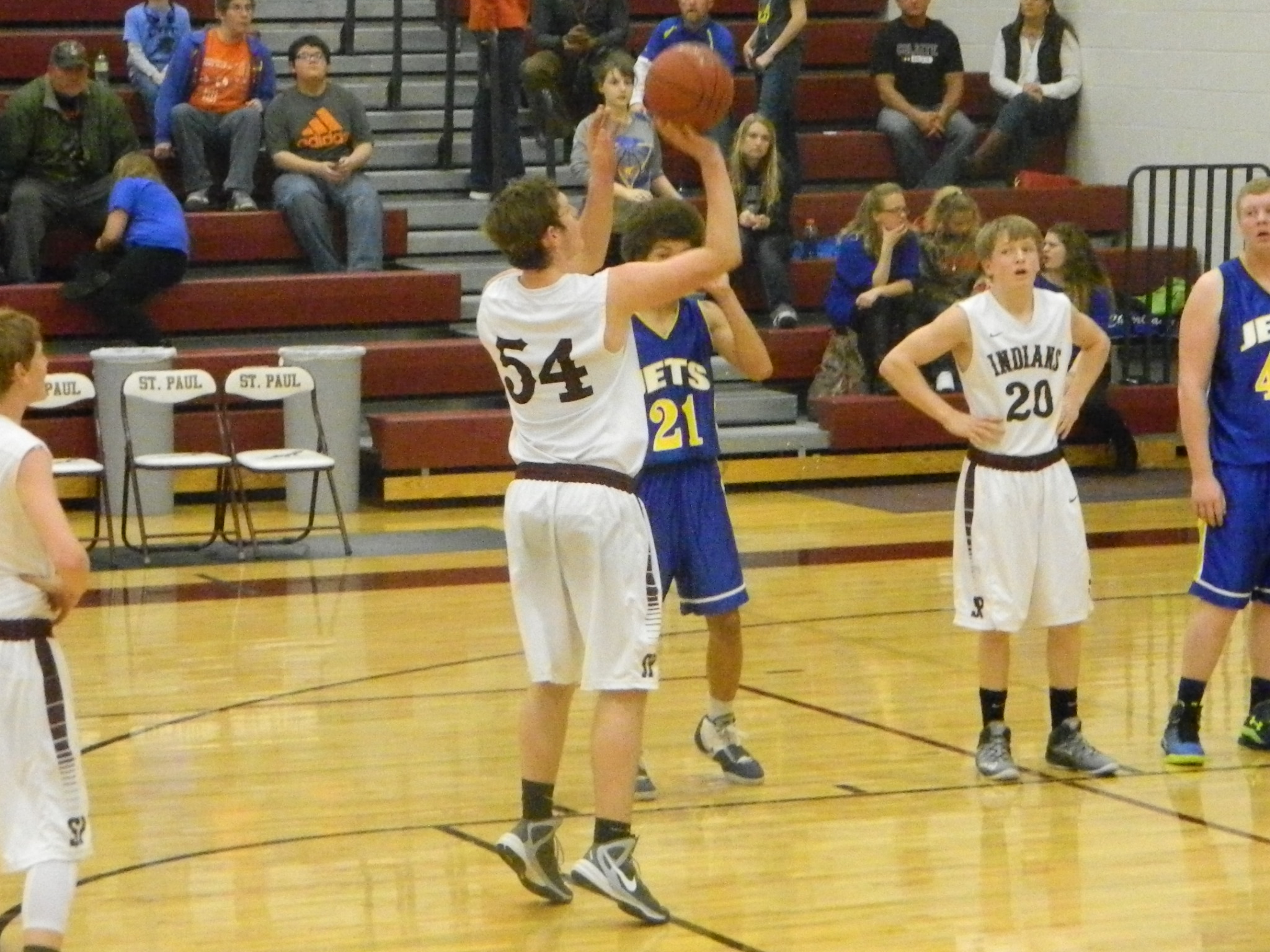 Patrick O’Brien shoots in a free throw vs. Altoona. It was O’Brien’s night, as he scored a team high 18 points in their homecoming victory. 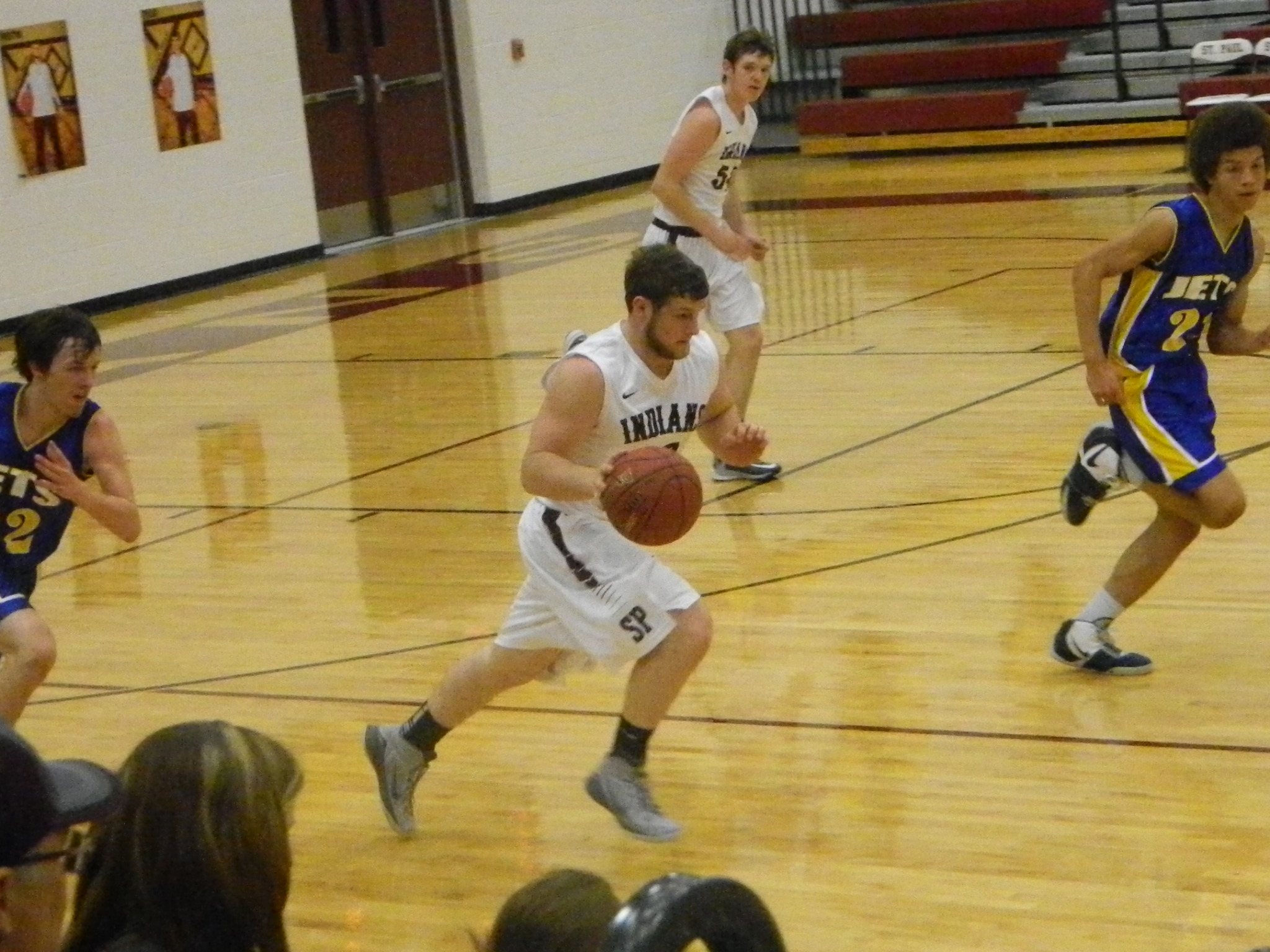 Homecoming King Preston Jacquinot would finish with 14 points in the Indians dominant win over the Jets. 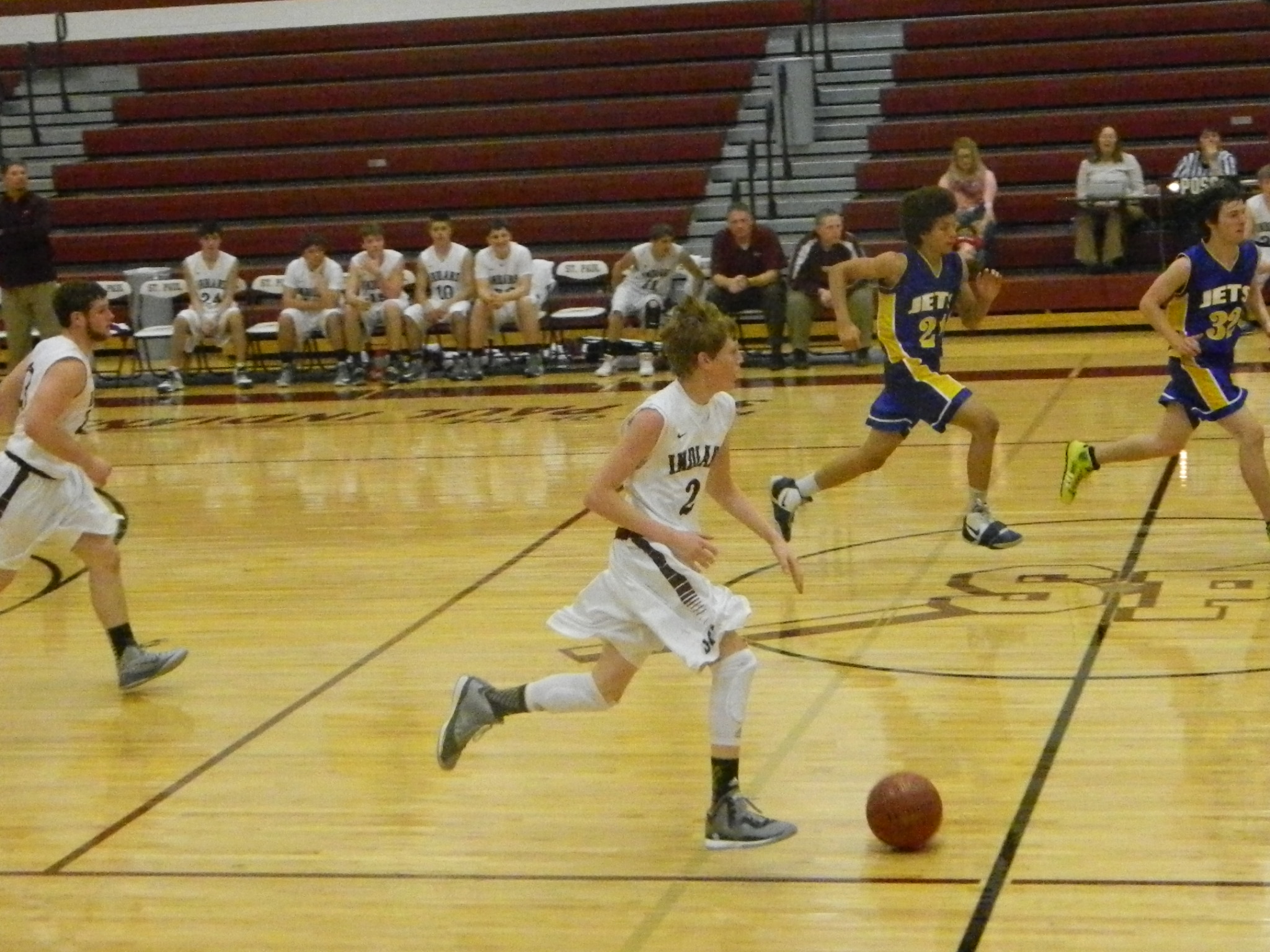 Freshman Brenden Doherty added in 8 points in the Indians win over Altoona on Friday night.

Just a few hours before the Lady Indians were set to host Altoona yesterday, the Lady Jets were forced to forfeit the game because they did not have enough players to make the trip. So, the boys’ game was moved up, and there was just one varsity game in St. Paul.

It was a good night, a game the Indian boys will remember. On homecoming, it seemed St. Paul was taking all of their aggression out on the Altoona Jets. In a season where the losses have piled up and there have been more downs that ups, St. Paul would not be defied on their home court Friday night.

Patrick O’Brien scored six of his team-high 18 points in the first quarter to help the Indians out to a 21-5 lead after one. St. Paul knocked down three triples in the first coming from the hands of Brenden Doherty, Noah Winter, and Preston Jacquinot. O’Brien stayed consistent with another six points in the second, and St. Paul held a 41-13 lead at halftime.

Chandler Struthers got hot for the Indians in the third quarter, scoring eight points including two treys. St. Paul outscored Altoona 20-12 in the third, but it was the Jets who lit up the scoreboard in the fourth. Altoona’s offense came alive late, scoring 17 points while holding St. Paul to just seven fourth-quarter points.

Even with being outscored by 10 in the fourth, the Indians of St. Paul still ran away with a 68-42 win. Behind O’Brien’s 18 points, Jacquinot added 14. Struthers and Jace McCracken added 10 apiece.

Both teams will play at Oswego on Tuesday night.