In their first game back from winter break, the Girard Trojans cruised to a near 40-point victory at home Tuesday night against the Oswego Indians 53-14. The Trojans were firing on all cylinders in the first quarter, racking up a 19-2 lead sparked by a stifling defensive effort. Girard’s offense stymied a bit in the second quarter, as they were held to only 11 points, but their defense made up for it, holding Oswego to just seven points. 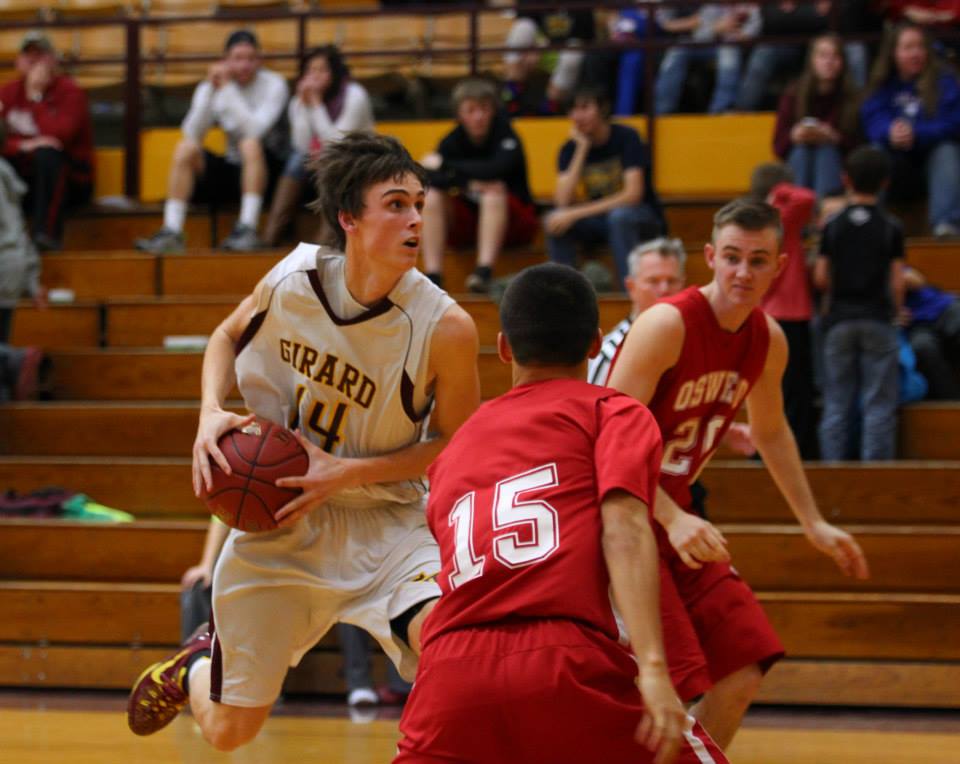 The Trojans remain undefeated with a 53-14 route of the Oswego Indians on Tuesday night. PHOTO BY JOYCE KOVACIC

At halftime, Girard held a 30-9 lead over the young Indians. The third quarter was much like the first, as Oswego scored just three points compared to Girard’s 17. With a minute left in the third quarter, Coach Wescott called on the reserves, which also played key minutes in the fourth quarter. With a running clock in the fourth, the Trojans cruised to a 53-14 victory over the Three Rivers League opponent.

The Trojans were led by Laike Damman’s 18 points and Eric Wilson’s 10 points. Beyond the two in double figures, the Trojans had seven other players put points on the board, showing solid teamwork throughout the game.

Next week, Girard will host Columbus on Tuesday and Fort Scott on Friday.