St. Paul’s regular season came to an end Thursday night as they traveled to Colony-Crest. The youthful Indians fell 62-47, bringing their record to 3-17 on the year.
Despite six points from Jace McCracken in the first, the Lancers jumped out to an 18-9 lead after one and led 36-19 at halftime. Chandler Struthers scored six of the Indians’ 10 points in the third, but Colony put 13 points on the board to extend their lead. 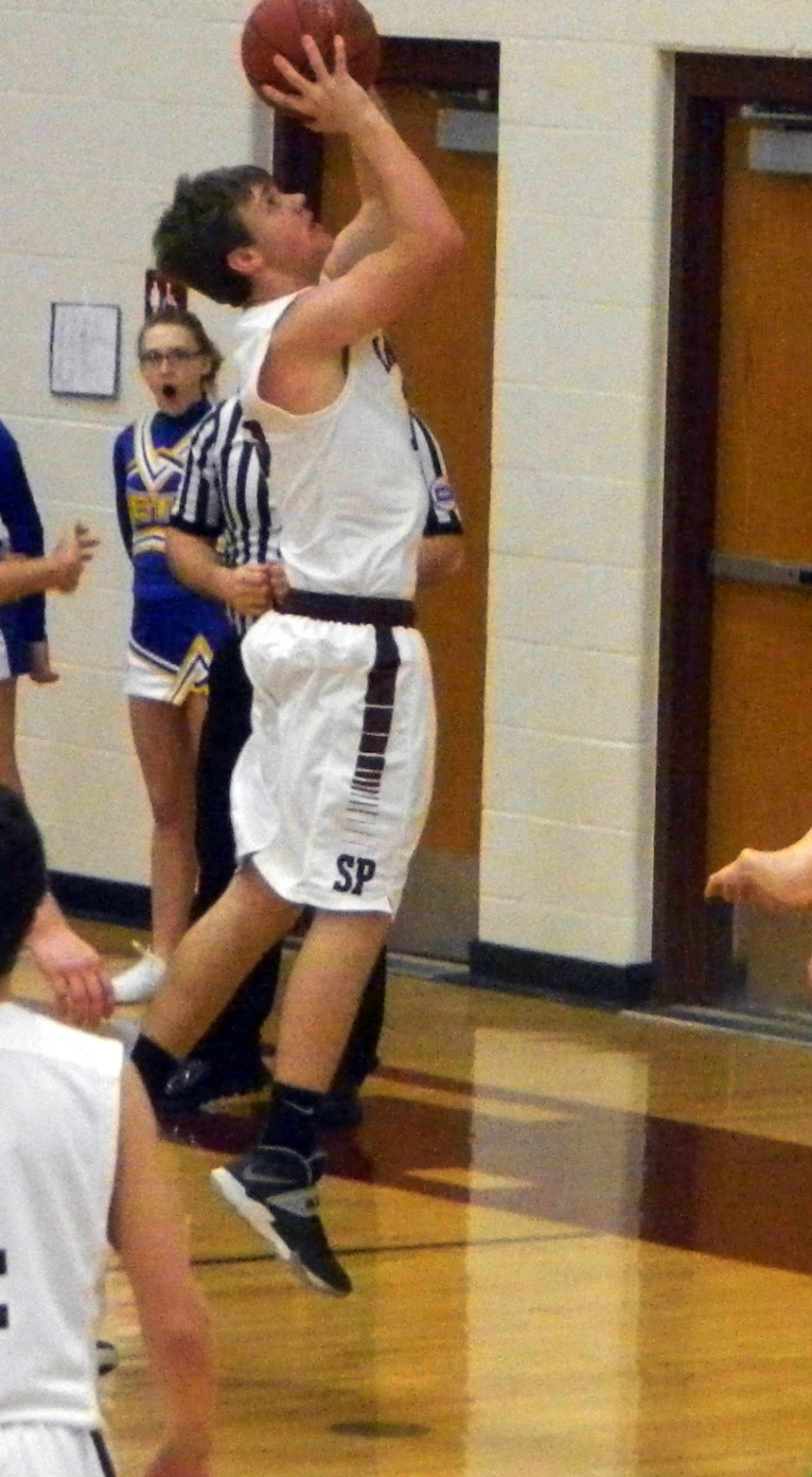 Jace McCracken scores a basket in a game head earlier in the season. McCracken led St. Paul with 13 points in their loss to Colony-Crest on Thursday night.

Down by 20 entering the fourth, St. Paul put up their best offensive quarter in their last, scoring 18 points. The Lancer lead was too much to overcome and St. Paul left with a 15-point loss. McCracken led the Indians with 13 points, while Struthers added 12. Preston Jacquinot scored eight for the Indians.
St. Paul will be the three-seed in the sub-state they are hosting, and they will face Marmaton Valley in the first round on Tuesday, March 3 at 7:30pm. The winner of the game will face Chetopa in the semifinals of the tournament.
St. Paul defeated Marmaton by 13 earlier this season and lost to Chetopa by three points in the first game of the season.