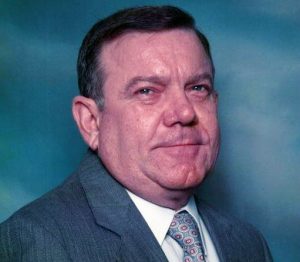 Thomas was born February 4, 1945 in Pittsburg, Kansas, the son of Rex Arthur and Virginia Lee (Tevis) Thompson.  He grew up and attended schools in Pittsburg and he attended Pittsburg State University.

He worked in Pittsburg for his parents as a meat cutter at Fieldcrest Superette, which later became Rex’s Superette until 1984.  He then worked for Ron’s IGA as a produce manager from 1984 until he retired in 1989.

Thomas married Connie Papish Vaughn and they divorced.   He later married Diane Marie Crockett on February 27, 1985 in Pittsburg.  She survives of the home.

A Celebration of Life Service will be held at 1 p.m., Saturday, January 4, 2020 at the United Methodist Church in Girard with Pastor David Clark officiating.

Friends may call after 2 p.m., Friday at the Smith-Carson-Wall Funeral Home in Girard.

In Lieu of flowers, memorials are suggested to the United Methodist Church in Girard, the American Rabbit Breeders Association Youth Scholarship Fund, or Avalon Hospice, and these may be left at the church or the Smith-Carson-Wall Funeral Home, 518 W St. John, Box 258, Girard, 66743.