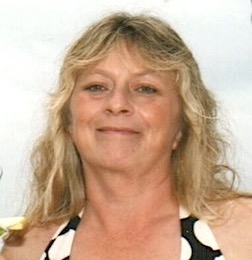 Rita Fay Byrd Bolejack, 59, of Latham, KS passed away on June 16th, 2021 due to a long battle of significant health issues at Wesley Medical Center in Wichita, KS.

She was born December 15, 1961 in Jamestown Tennessee Hospital to William Alford and Alma Dean Wright Byrd.

She was a nurse and a housewife as well as serving as vice president over an oil and gas company.

The family will receive friends and family for visitation on Monday, June 21st from 10:00 A.M. until 1:15 P.M. at Brown Funeral Chapel in Byrdstown, Tennessee and the procession will take place for the funeral service to be held at Oak Grove Church in Monroe, Tennessee with Bro. Jeremy Byrd officiating.