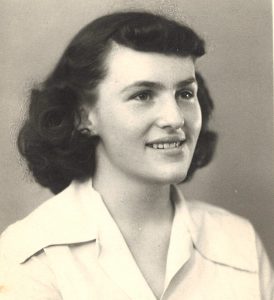 Ilene was born September 9, 1937 in Pittsburg, a daughter of Walter Leroy and Vera (Hesson) Smith.

She attended school in Pittsburg, graduating from the Pittsburg High School.

Ilene and Jim Everitt were united in marriage on March of 1956, they later divorced.

She enjoyed her family, sewing, needlepoint, and crocheting.

Ilene was a member of the V.F.W. Auxiliary, the Eastern Star Rob Morris Chapter #74, she served as a Pink Lady for the Girard Medical Center and was a member of the United Methodist Church of Girard where she was involved in the churches activities.

Services will be at 2 p.m., Saturday, August 3, 2019 at the Smith-Carson-Wall Funeral Home of Girard with Pastor David Clark officiating; burial will follow in the Girard Cemetery.

Memorials are suggested to the Arma American Legion Auxiliary and these may be left at the funeral home or mailed to the Smith-Carson-Wall Funeral Home, 518 W. St. John, P.O. Box 258, Girard, Kansas 66743.