She was born October 5, 1947 at Palmer, MA, a daughter of Ralph and Anna Virginia (Anderson) Dorval. She grew up in Palmer and attended school there. She lived in Melbourne, FL for many years where she worked in long-term care. Upon her retirement, she returned to Palmer, and then moved to St. Paul, KS to be with her daughter in 2014. 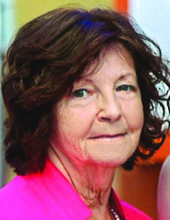 She was united in marriage to John Molitoris and later Richard Murphy. Both preceded her in death.

She was a member of the St. Francis Catholic Church at St. Paul.

She was preceded in death by her parents and one brother – Neil Dorval.