To look at Phyllis Polnack now, you would never guess that a mere two years ago she felt hopeless. As she holds her head high with poise, it would seem impossible to believe that she so recently suffered from low self-esteem due to her weight. But thanks to the Take Off Pounds Sensibly (TOPS) program, Phyllis now finds herself full of energy and thriving at her new job, where she spends her days bustling around the busy Christmas Shoppe kitchen.

Phyllis meets with her fellow TOPS members at the Crawford County Historical Museum every Thursday morning. Over the course of her time in TOPS, she has lost 85 pounds! Through her hard work and dedication, she has earned herself the title of 2020 TOPS Kansas Queen, which means she has lost more weight than any other female TOPS member in the entire state of Kansas.

Phyllis admits she spent most of her adult life overweight. As she saw her number on the scale continue to creep up and up, she felt hopeless. She felt like she was destined to be overweight and had resolved herself to the thought that there was nothing she could do about it. A few years ago, she got the opportunity to participate in a weight loss study through her primary care physician’s office. She lost 60 pounds. But as soon as the study ended, she quickly found herself having gained back 45 of those 60. She missed the accountability. She received information about TOPS, but it took her six months to work up the courage to attend her first meeting. “I knew my health was starting to suffer. I could tell it would affect my mobility before long.” So, she took a leap of faith, and attended a meeting, where she fell in love with the program. She has met her weight loss goal set by her doctor, and intends to stay with the program to maintain it. She is now in the Keep Off Pounds Sensibly (KOPS) portion of the program and intends to be a member for the rest of her life.

Though she is now royalty, she remains humble. In fact, she attributes her successful weight loss greatly to the support she received from her fellow TOPS members. “With our chapter, it’s a support group. We exchange phone numbers and email addresses to use if we need help. And I’ve done it.” She explains one memorable moment of weakness. “I was getting ready for a trip and had been up late which is a trigger for me. I just wanna eat when I’m tired. So, when I felt the urge, I instead texted a TOPS friend and told her. That’s all it took. Just to get my feeling out there in the open and the craving was gone.” Her group is a small, personal one, with 10-12 members meeting each time.

Since losing her weight, Phyllis has been able to go off her blood pressure medication and still maintain a healthy blood pressure. She has been permitted to drop two of her three diabetes medications. “I can enjoy my grandbabies. I can keep up with them much easier. I feel like I’ve added ten years to my life.” she’s beaming as she explains her newfound happiness. “It’s not all about appearance, it’s about your health.”

Though many people find the idea of dieting to be intimidating, TOPS is not a diet or a fad. It is a lifestyle change. Phyllis says it’s not about deprivation, it’s moderation. Phyllis is the baker at the Christmas Shoppe in Pittsburg and I was shocked to hear this. When I asked her if it was hard to stay out of the goodies she laughed. “I’m not gonna tell you I stay out of it.” She explained that she allows herself to enjoy some in small amounts on occasion. As she faces weigh-ins every week, it is easy to remind herself to stay in control.

When asked what advice or motivation she would give to someone in her pre-TOPS condition, she has plenty. “If I can lose weight, anyone can. It’s a matter of putting forth the effort. Sometimes you feel hopeless, but you don’t have to.” She wants to encourage others. “Don’t give up. It’s not gonna happen overnight. Sometimes it takes years.”

One of Phyllis’s favorite things about the program is the affordability. Everyone gets their first meeting for free, but after that, yearly membership is only $32. TOPS is a non-profit organization. Having originated in 1948, its methods have withstood the test of time, and many members like Phyllis find the weekly weigh-ins to be a key to their success. Being Kansas Queen is an honor for Phyllis, but even if she had not achieved that, she reports that TOPS offers accolades to anyone who is working towards their goals. “It’s really nice to have the recognition. It’s so encouraging to receive that for your efforts. Not everyone’s gonna be Kansas queen, but you receive recognition from your local chapter.”

Their website www.TOPS.org has all the information provided to learn about the program. There are meetings offered most everywhere, with local locations in Girard and Pittsburg. Anyone is welcome to join, no matter what their weight loss goals are. 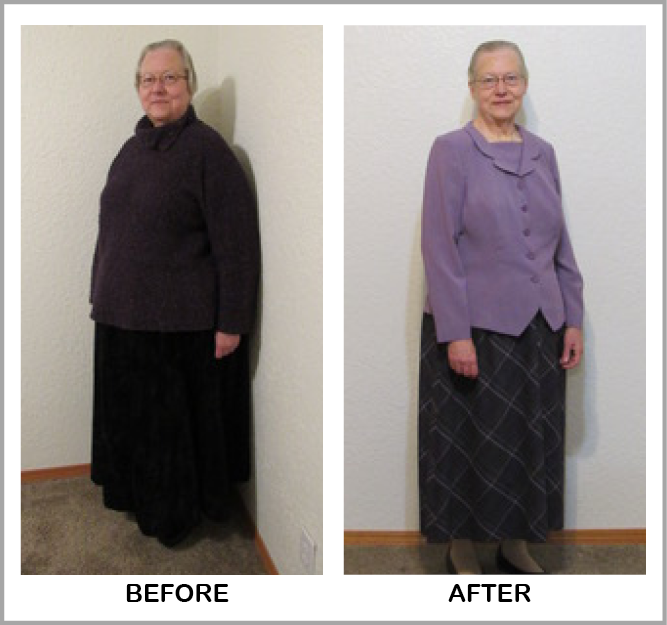