Girard’s famed girl’s cross-country star Cailie Logue has won a place on the podium over the toughest competitors in the country, and she’s still got a year left to grow. 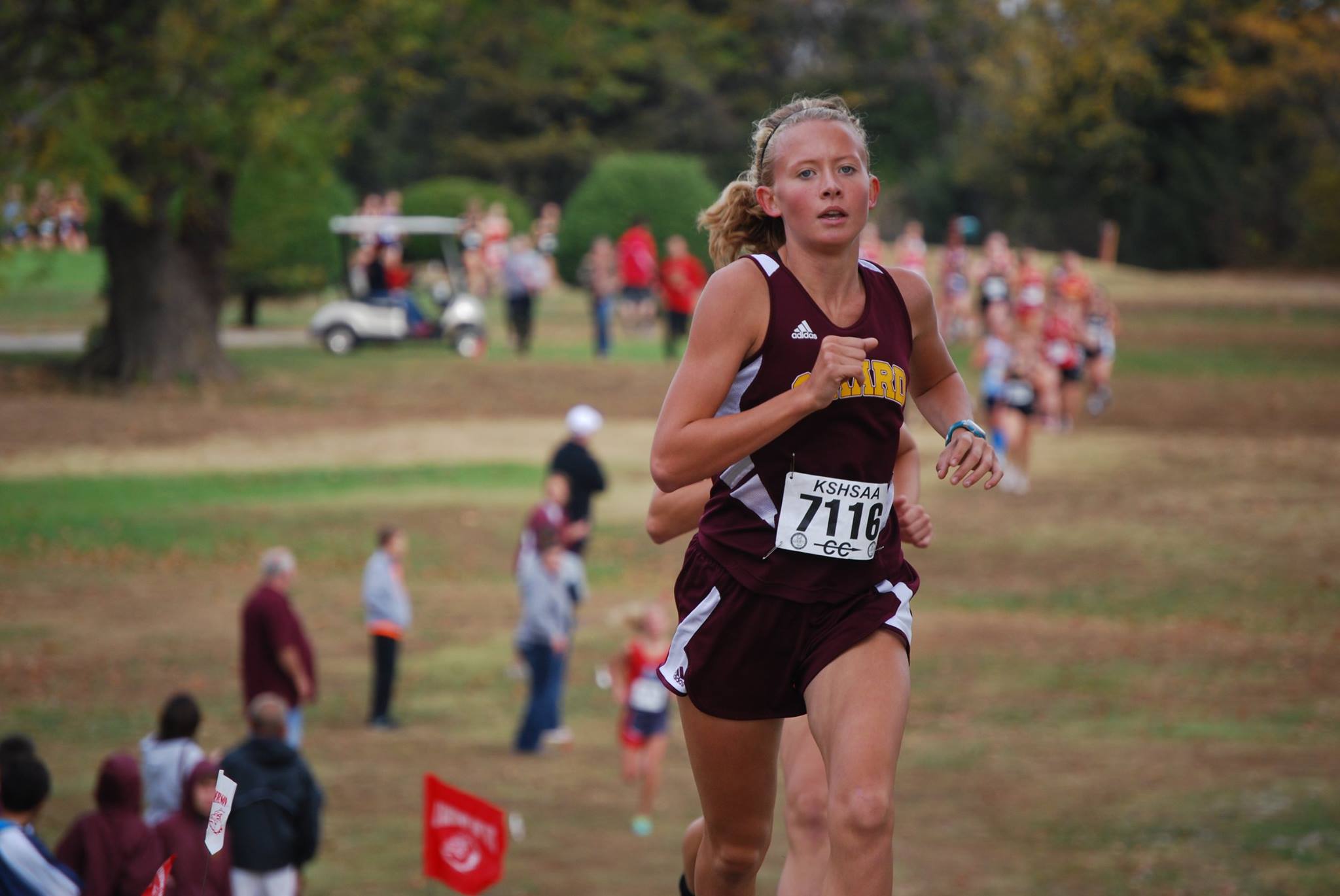 On Dec. 5 at the Glendoveer Golf Course in Portland, Oregon, Logue placed third in the Nike Cross Nationals (NXN) individual 5k (3.1)-mile race with a time of 17 minutes, 14.2 seconds, with an average mile time of 5 minutes, 32.5 seconds. She finished with a gap of less than 20 seconds in a field of 197 runners.

Logue, a 5-foot-6 junior, stands now at the pinnacle of high school cross-country with plenty of time to continue to progress. Reached by phone on Dec. 5, Cailie said she feels blessed to compete at this level.

“It was a good race and a great day,” she said. “You never know how it will go with these races. I just made sure to work very hard through it and sprinted at the end. I did my best.”

Logue collected honors all year following her sophomore-year seventh-placing at the NXN Heartland Regional Championships while maintaining a 4.o GPA.

She spoke with her parents after the race and tried to talk to friends between being flooded with congratulations.

“It was exciting to talk to my family,” she said. “My mom said she was proud of me.”

The key for her success has been maintaining training while not going into the race with high personal expectations, in her confidence that just by being on a national stage she is representing Girard well.

“I came in really relaxed,” she said. “I wasn’t expecting to place anywhere near that high, so it’s exciting.”

Logue’s mother, Christie Logue, had an accomplished running career herself, eventually being named into the Pittsburg State Hall of Fame in 2003.

That experience has helped her and Logue’s father, Matt — who also coaches the sport for Girard High School — teach Cailie how to stay focused and relaxed while ignoring the hype, Christie said. It worked out, she added, as Nike had ranked Cailie No. 21 before the race.

Matt could not immediately be reached by phone while he is supporting his daughter in Oregon.

Christie said she is proud that her daughter can repeatedly set out to do something and, while simply going about her education and young life without stressing about any setbacks, just doing it.

“Her goal was to break [a time of] 17:30 and qualify for nationals again, and she did both of those things,” Christie said. “Runners don’t always get to progress every year and stay healthy, so that’s good. Sometimes you can do everything right and not make progress; Cailie did.”

Hometown Girard will have a full print version of this story in our Dec. 18 edition.