GAIL LYNN ASHWORTH      JULY 15, 2014
Gail Lynn Ashworth, 58, of Girard, died at 7:55 p.m., Tuesday, July 15, 2014 in the Freeman Health System in Joplin, Missouri.
Gail was born December 16, 1955 in Parsons, a daughter of Doyle D. and Audrey D. (Hewit) Hayt.  She grew up in Girard and attended Girard Schools.
She married Jeffrey Ashworth on March 23, 1992.  He survives of the home.
Gail enjoyed her family and she worked as a para for the Girard Elementary School. Gail touched the lives and hearts of many children in the twenty years of child care service that she and her Mother provided to the Girard area.
Survivors, in addition to her husband, Jeffrey, of the home, are a sons, Dustin Johnson and his wife Tonya of Pittsburg, Casey Irish and his fiancé Kourtney of Parsons, Todd Ashworth and his wife Julie of Iola and Travis Ashworth and his wife Jenni of Iola; daughters Jennifer Howell and her husband Andy of Girard and Melissa Nichols and her husband Justin of Mexico, Missouri; her father of Naples, Florida; 19 grandchildren; one great-grand daughter; sisters Kimberly Schwermer and her husband Daryl of Barrington, Illinois and Tina Keeley of Barrington, Illinois; numerous nieces and nephews.
She was preceded in death by her mother on March 24, 2014 and a sister Debbie Ceasar.
Funeral services will be at 10:00 a.m., Friday at the Smith-Carson-Wall Funeral Home in Girard with Rev. Dale Samuels officiating.  Burial will be in the Girard Cemetery.
The family will receive friends from 6:00 until 8:00 p.m., Thursday at the Smith-Carson-Wall Funeral Home where friends may call after 2:00 p.m., Thursday.
Memorials are suggested to the American Lung Association and these may be left at the Smith-Carson-Wall Funeral Home, 518 W St. John, Box 258, Girard, 66743.
Condolences may be sent to www.wallfuneralservices.com 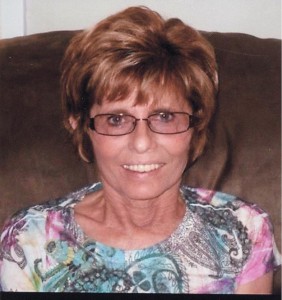