The Girard girls and boys basketball teams traveled to Iola Friday night to begin the 2015 season, and the Trojans left with a pair of victories. The Lady Trojans began the night with a 49-28 victory before the boys took a 67-36 win with a running clock in the fourth quarter in the nightcap. 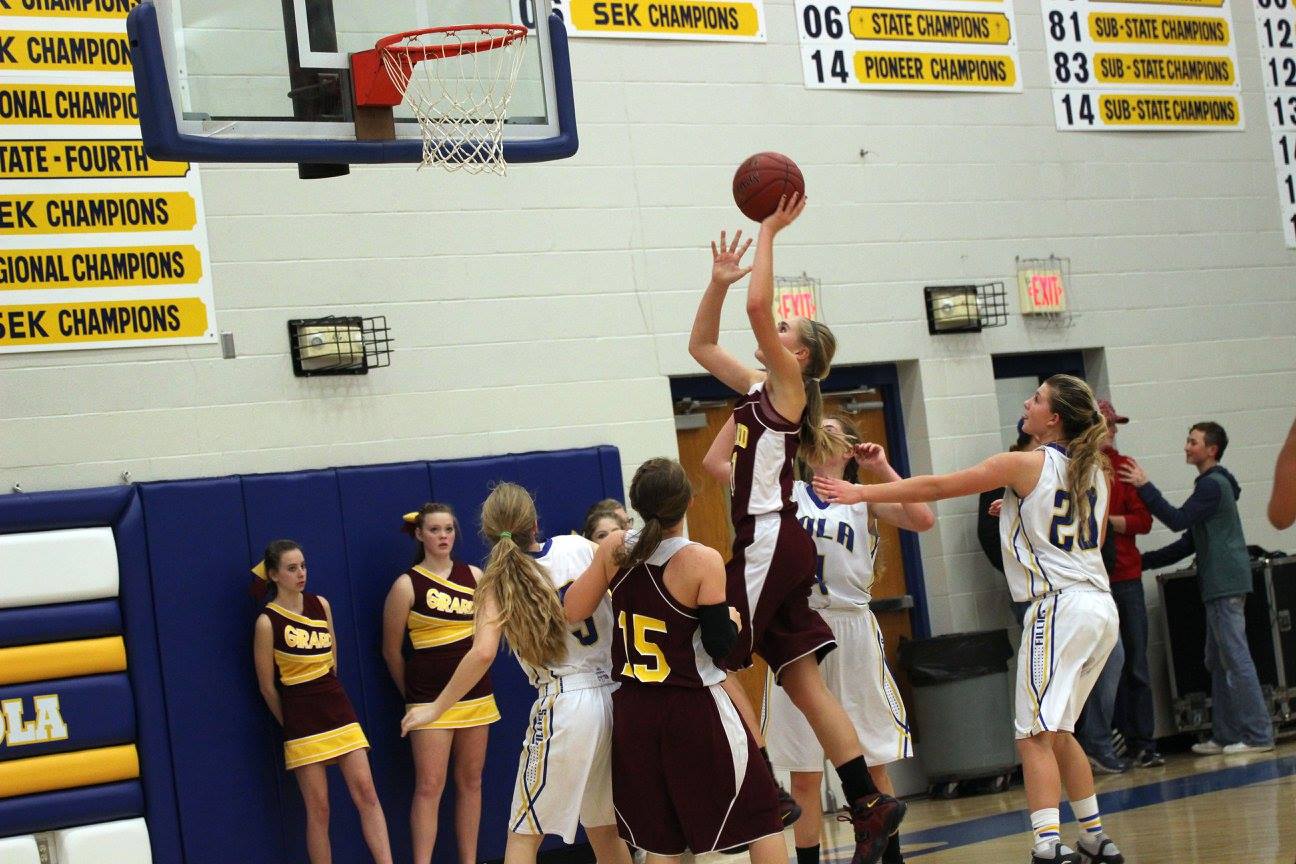 In the first game, the Lady Trojans found themselves trailing early with a 3-2 deficit before going on an 11-0 run fueled by baskets from Olivia Hanson, Sydnee Crain, and Kelli Cuthbertson and a pair of scores and a free throw from Calea Augustin. Girard held a 17-8 lead after the first quarter. Another 6-0 run early in the second quarter gave Girard a 23-9 lead, their largest at the point of the game, but the Fillies battled back to within 10. The Lady Trojans led 25-15 at the intermission.

Two scoring runs broke the game open in the third quarter. Augustin provided the first run, scoring six straight points to give Girard a 33-17 lead, before two baskets from Crain, along with one apiece for Ashley Ray and Lauren Franklin and two free throws from Jaycee Murphy put the Lady Trojans up 43-20. Girard outscored the Fillies 18-5 in the third and held a 43-20 lead heading into the last quarter.

Girard scored just six points in the fourth, but also held Iola to just eight, and was able to hold on for a 21-point victory. Augustin led the attack with 15, Crain and Ray each added 10 points in the effort.

Boys win big
The boys’ game saw a dominant team effort from Girard, as the Trojans constantly moved the ball around until they found an open shot. Drew Davied and Eric Wilson stole the show in the first quarter. Davied got the crowd going when he stole a pass and streaked down the court for a two-handed jam. Wilson hit a trey from the corner, scoring eight points in the opening quarter to help Girard to a 23-9 lead heading into the second. 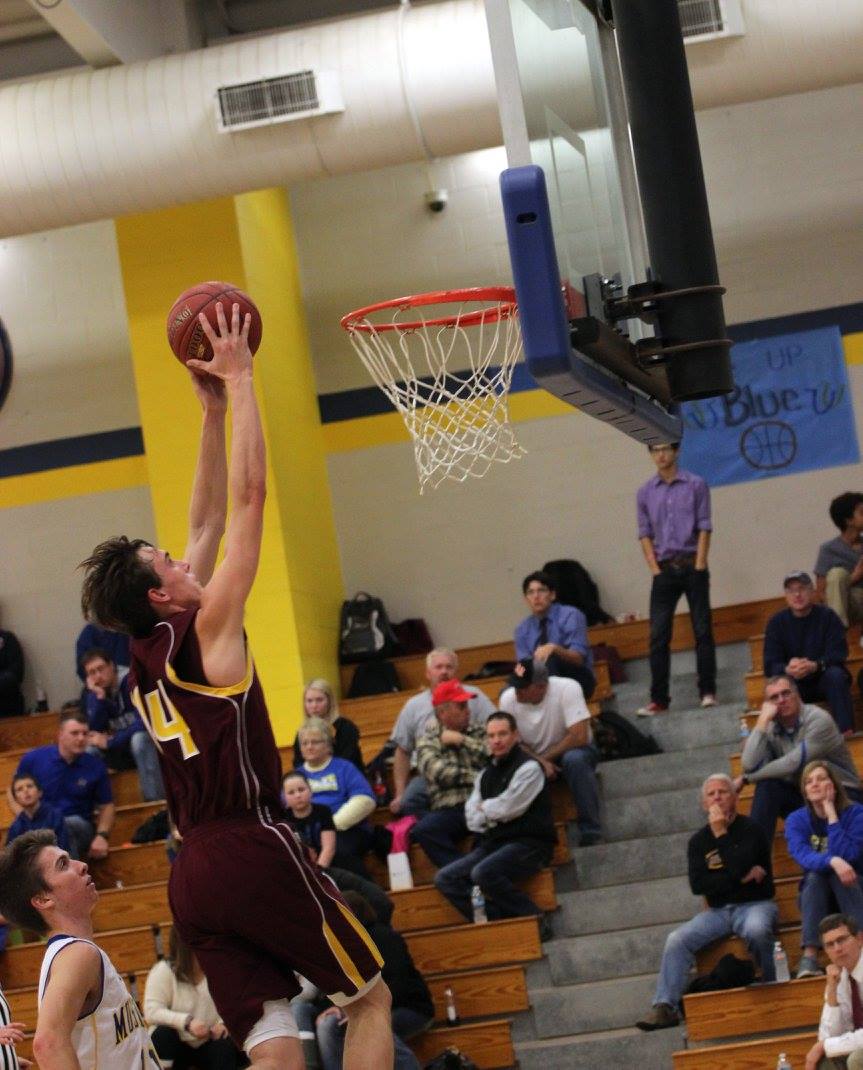 Drew Davied slams home two of his team leading 17 points in the Trojans 67-36 route over Iola on Friday night. PHOTO BY JOYCE KOVACIC

Davied started the second quarter scoring while getting fouled, then hitting the foul shot. After a layup from Wilson, Davied got his second fastbreak opportunity and this time landed his two-handed jam off a smooth feed from Laike Damman. Another three-pointer from Wilson put the Trojans up by 24 points. The Mustangs would fight back to within 17 at the half with Girard leading 35-18.

Six different Trojans scored in their 16-point third quarter, in what was a total team effort. An 8-0 run at the end of the quarter was provided by two points apiece from Garrett Bailey, Isaiah Fisher, Dalton Lindbloom, and Kross    Hamblin. The last basket from Hamblin gave Girard a 24-point lead heading into the fourth. 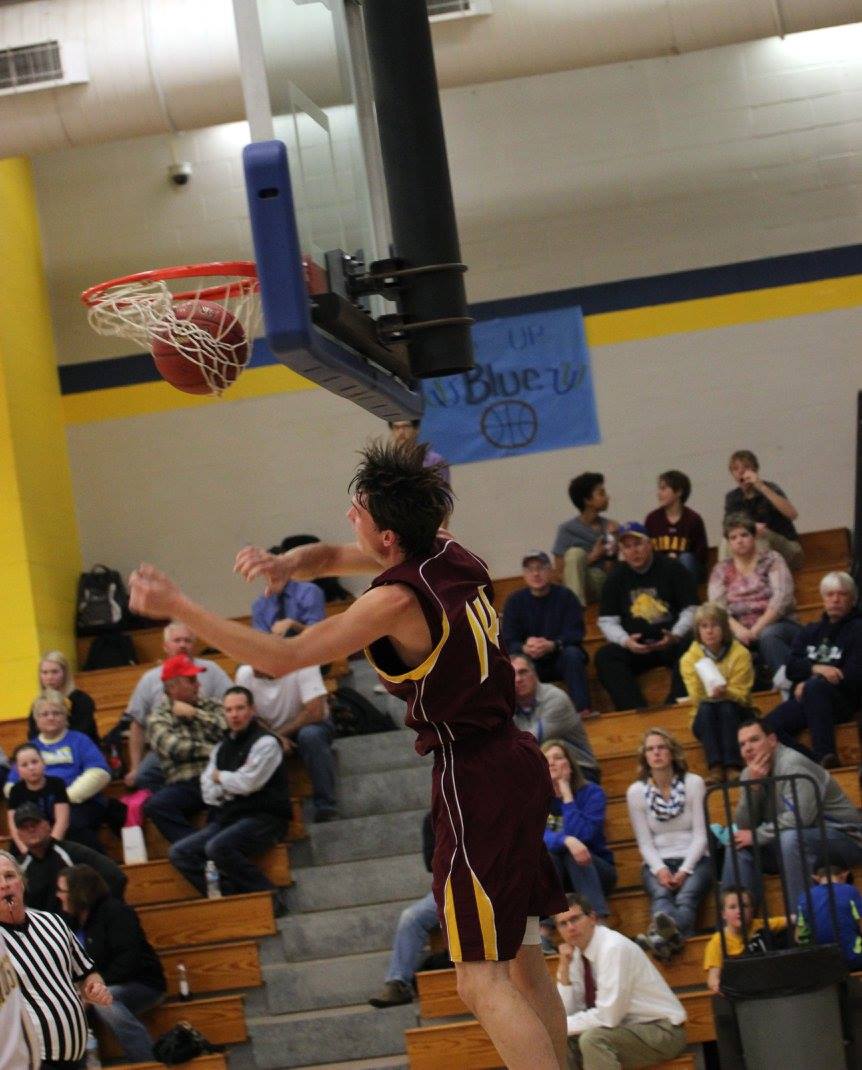 After setting up his teammates with assists for what seemed like nearly every possession, Laike Damman provided offense in the fourth with two threes and a layup to lead the team with eight points in the quarter.

The Trojans outscored Iola 16-9 in the fourth, and a thirty-point lead initiated a running clock for the rest of the game.
Girard cruised to a 67-36 victory behind 17 points from Davied, 15 from Wilson, and 13 from Damman. Hamblin added eight points and pulled down a handful of rebounds throughout the game.

Both 1-0 to start the season, the Girard Trojans will travel to Pittsburg on December 8 to face the Purple Dragons in non-CNC action.